Advancing legislation and policies that aim to increase healthy human lifespan. Longevity is a journey that would be good to imagine we're all taking together;...
Read more
AI/Digital

AI-designed Xenobots reveal entirely new form of biological self-replication which could prove promising for regenerative medicine. Birds do it, bees do it... now even living...
Read more
Agetech

Carewell – aiding individuals through their caregiving journey with empathy and knowledge. Over the coming weeks, we will be bringing you extracts from 7 trailblazer...
Read more
Investment

Advancing legislation and policies that aim to increase healthy human lifespan. Longevity is a journey that would be good to imagine we're all taking together;...
Read more

AI-designed Xenobots reveal entirely new form of biological self-replication which could prove promising for regenerative medicine. Birds do it, bees do it... now even living...
Read more

Carewell – aiding individuals through their caregiving journey with empathy and knowledge. Over the coming weeks, we will be bringing you extracts from 7 trailblazer...
Read more

Harvard researcher proposes the Daphnia water flea as an alternative to worms for building a scalable platform for antiaging drugs research.

In many ponds and streams, you’ll find the small freshwater crustacean called Daphnia. More commonly known as the water flea, Daphnia have been used as a model in some areas of scientific research for decades, but, when it comes to testing antiaging compounds, the model is not widely used as a platform. Some scientists think it’s time for that to change.

Longevity.Technology: The early stage development of age-targeting compounds is typically focused on nematode (worm) models such as C. Elegans. But Harvard statistician and geneticist Dr Leonid Peshkin believes that Daphnia is a superior model in many ways. We caught up with Peshkin recently to find out more.

A computer scientist and applied mathematician by training, Peshkin always dreamed of working in aging, but only had the chance to move into the field a few years ago, when he took on a role in the systems biology department at Harvard Medical School.

“Many people come to biology from computer science and applied math, but that will be to do bioinformatics – they will just work with biological data,” he says. “I wanted to become a biologist and learn how to work in the wet lab.”

From embryology to aging

Peshkin’s transition into biology saw him become recognised as a leader for his work into quantitative methods for the embryology of Xenopus frogs. A narrow field, but one that saw him funded to do transcriptomics, gene expression studies and protein expression studies of embryonic development.

“One of the aspects of my work was working with drugs, in particular studying how drugs affect embryonic development,” says Peshkin, who saw Daphnia as a chance to make a shift into aging research.

“I started looking at what we could propose in the field of aging, where we would study the effect of drugs on the lifespan of a living system. There are many organisms – people use mice, flies and worms to study this, but if you do the math, you’ll rapidly realise that none of the standard organisms are actually well-suited to studying drugs’ impact on lifespan.”

Flea is better than worm

While Peshkin acknowledges this is a strong claim, he makes a strong case, particularly when it comes to studies in nematodes. According to Peshkin, there are several reasons why worm models are unsuitable for lifespan studies.

“Basically, C. elegans is a crawling gut – the whole organism is made from 1,000 cells,” he says. “With a budget of 1,000 cells, you cannot make many interesting organs, and you cannot have complex behaviours. Plus, this worm has evolved to fight drugs, they evolved to live in the dirt, they have a very active xenobiotic metabolism where they excrete drugs. So the concentrations of drug needed in order to have any effect at all, are huge, and unphysiological if you switch to any other organism.”

So why does Peshkin believe that Daphnia is such a superior model organism?

“This is when Daphnia shines – it’s not a completely new organism, people have used it for decades, in research in other for other reasons,” he says. “As a freshwater crustacean, very small amounts of chemicals affect it, so it’s very responsive to drugs. It’s used in schools because it’s transparent, which is a very convenient physiology for observation. It has complicated organs – an eye, a small brain, a beating heart, which pumps a blood-like liquid containing cells. And it has a short lifespan – a median lifespan of one month, varying a little depending on temperature and some other things.”

Since coming up with the idea of using Daphnia as a model for testing lifespan interventions, Peshkin received an initial pilot grant, but is currently not funded for this work, which he continues to pursue as a hobby. His approach is inspired by work conducted in the lab of systems biologist Walter Fontana, whose lab is one floor below Peshkin’s at Harvard. Fontana’s lab was responsible for creating the Lifespan Machine, a method leveraging flatbed scanners and customer software to automate the collection of high-accuracy, large-population, survival data of C. Elegans. 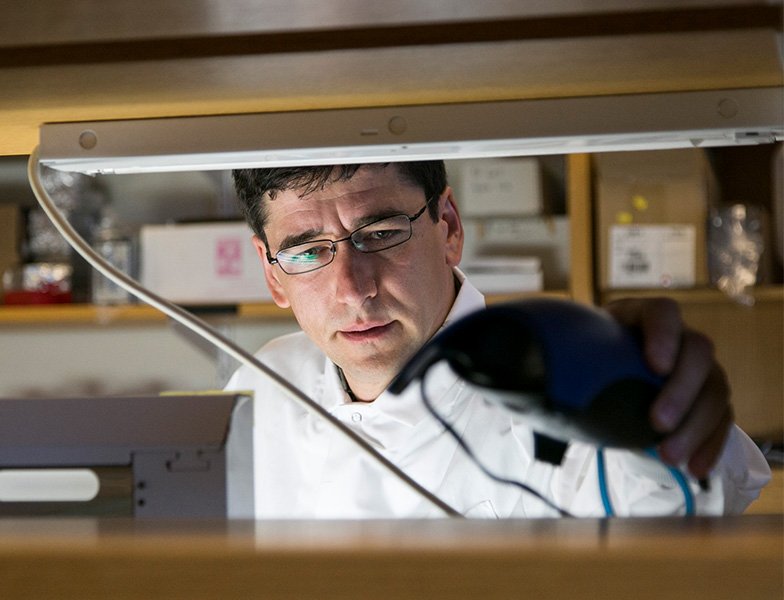 “They had a lot of experience, setting up species and engineering devices, so they were very helpful with my original attempts to work with Daphnia,” says Peshkin. “They showed me how to retrofit the flatbed scanner in order to change the focal distance of a document scanner to scan organisms.”

The “smart tank” system developed by Peshkin and his colleagues for automating data collection of Daphnia lifespan data is the subject of a recent preprint, which has been submitted for peer review. The goal of this project is to address the “very confusing” information that Peshkin says currently exists when it comes to researching data on drugs’ impact on lifespan.

“If you try to find out what caffeine does to lifespan, for example, you’ll find that basically anything could happen, because, one paper reports that caffeine at a certain concentration prolongs lifespan, and another paper reports that it shortens lifespan at the same concentration. So it’s extremely difficult to compare the results of lifespan experiments across papers, across model organisms, and across different labs. And this is the whole point of using Daphnia as a platform – in exactly the same uniform condition, you can repeat and have the same comparable results across thousands of drugs, in different concentrations.”

Ultimately, Peshkin hopes to turn the Daphnia project into a “citizen science” project, where the general public, other scientists and hobbyists can contribute to development of the platform. 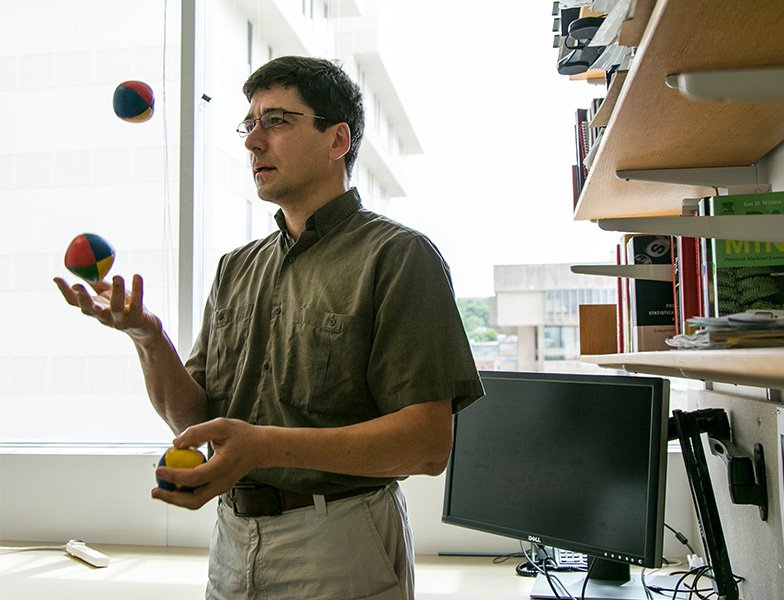 “My goal is to develop this as a platform, and release a blueprint openly to the public because this is so easy to do,” he says, likening the approach to the SETI project to search for extra-terrestrial life. “What I see is an initiative where anybody in the world could build a tank to keep Daphnia and, using a very cheap webcam, record the organism while adding compounds in a uniform way, and then return the data to an open database where information could be shared.”

Peshkin’s lab has just issued a crowdsourcing challenge to the machine learning community to create a tool to count the number of Daphnia present in a tank.

AI-designed Xenobots reveal entirely new form of biological self-replication which could prove promising for regenerative medicine. Birds do it, bees do it... now even living...
Read more
Investment

Printers that can now print DNA

A brain fitbit that can spot Alzheimer’s with up to 94%...