Speaking to the innovators behind some of Longevity’s most exciting companies.

Continuing our look back at some of the highlights of 2020, we thought we’d pick out just a few of the great interviews we’ve had with founders of Longevity ventures slated to make big breakthroughs.

Will one of these businesses end up becoming the long-awaited Longevity Unicorn? Only time will tell, but it’s thrilling to see so many great minds working towards what is ultimately a common goal: the extension of healthy human lifespan. 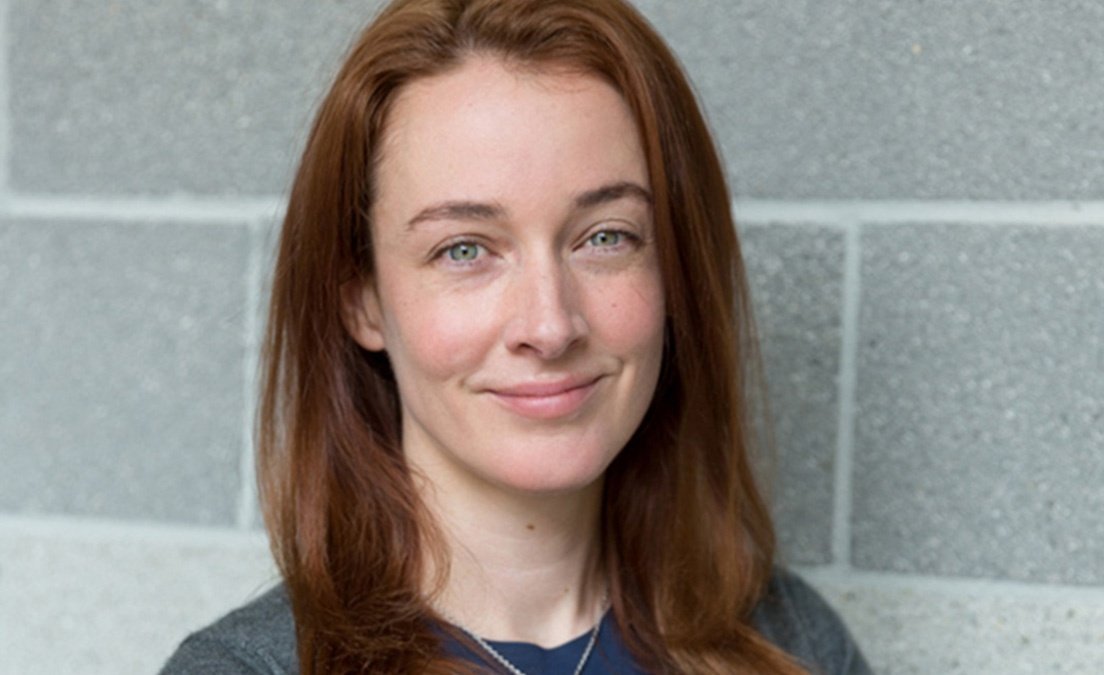 After BioAge announced a whopping $90 million Series C funding round in December, we caught up with the company’s co-founder Dr Kristen Fortney to find out more about the path to the clinic.

“Our strategy at BioAge is to start with those pathways that are closest to translation, which means human efficacy,” she told us. “We’re first pursuing those pathways that already have clinical-stage assets, where we know that we can hit the pathway and be safe, there’s a drug that’s been through a phase one study already, and we can immediately take it to an efficacy trial.”

Next year, BioAge will head into Phase 2 trials for two compounds identified by its platform as targeting anti-aging pathways.

“This funding round should get us to efficacy data for these two drugs, and support bringing in an additional two drugs, as well as expanding our data operations,” Fortney told us. 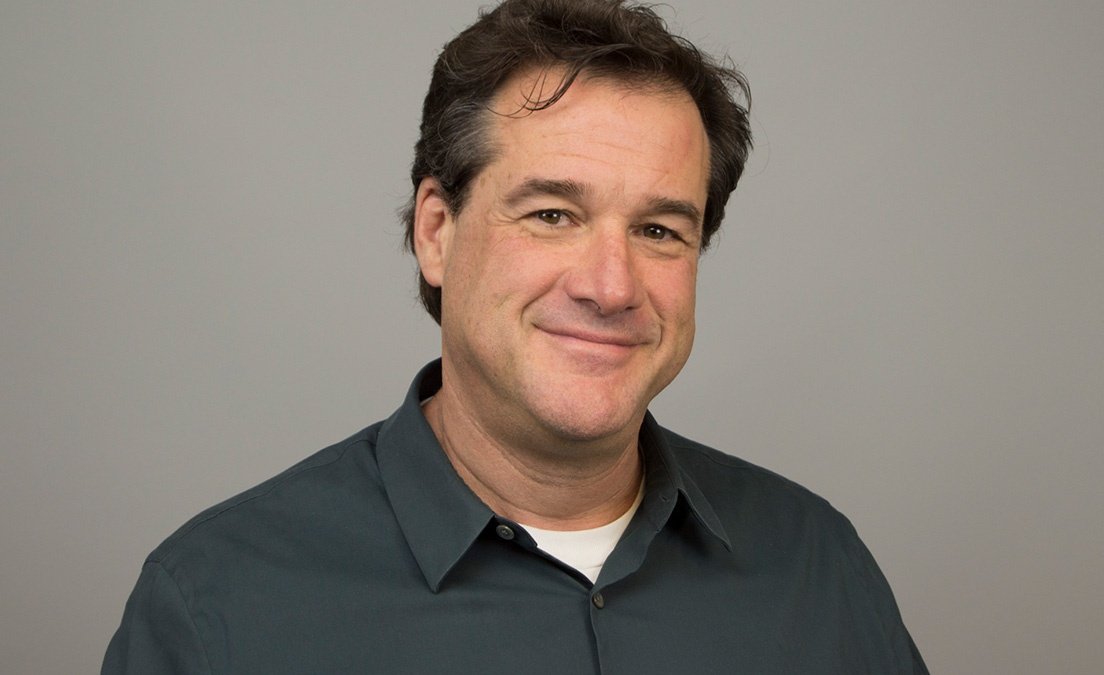 LA-based ChromaDex is a global bioscience company whose ethos is to improve the way people age, and whose product Tru Niagen counts Glow Girl influencer Melissa Meyers and Dancing With The Stars fitness queen Brooke Burke among its fans.

Fried and ChromaDex are building their team for commercial growth, which, as a publicly traded company, has been a “rapid but an evolutionary process,” Fried told us in our exclusive interview with him.

“The initial step was to convert this B2B company into a B2C company,” he explained. “We had to populate the executive team with people who understand consumerism, brand building and the types of deals and relationships that we’re currently making. We brought people into the company that had experience in companies like Herbalife, Mattel and Nestlé but also some internet-based businesses.

“As the company grows, the culture evolves from a start-up mentality to one that requires more formal processes. Once established, we shed another layer and brought in people with experience from enterprises in excess of $50m to $100m in sales. That’s been a fascinating experience for us as well.” 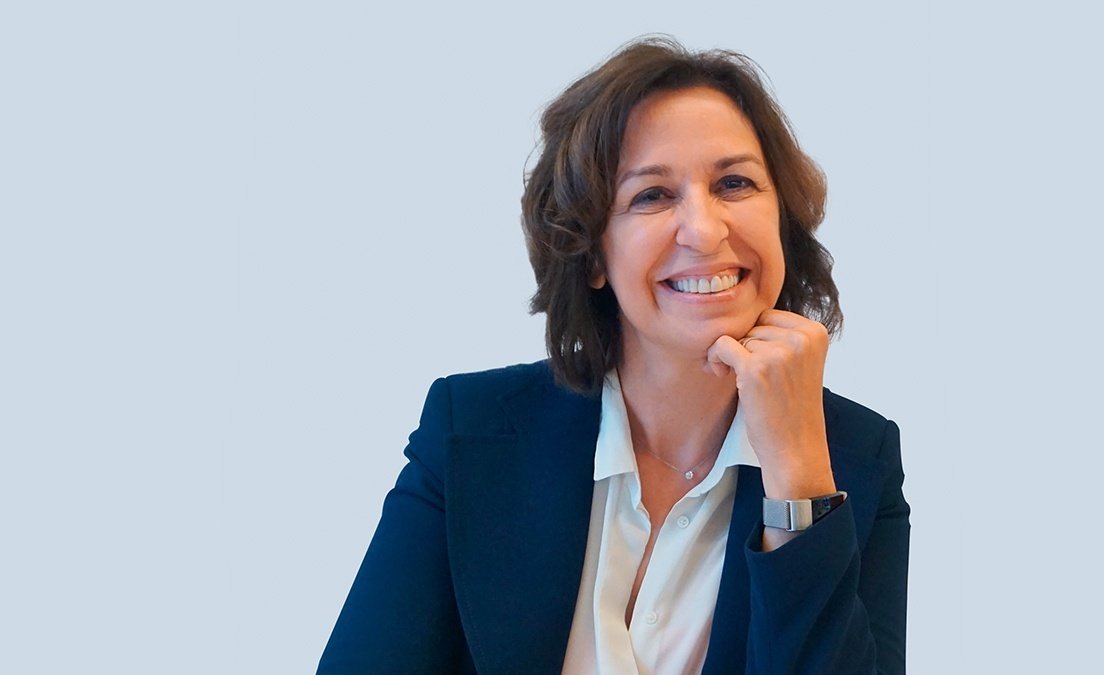 With a key focus on indication expansion, Rejuvenate Biomed has developed a platform for identifying combinations of existing drugs that target multiple pathways of aging. We spoke with the company’s founder Dr Ann Beliën in September.

“People sometimes panic a little bit when you talk about repurposing and find it not sexy enough, or are concerned that there’s no way you can earn back the investment,” she told us. “But we found a very interesting way of generating IP – because we have a combination product, which has a new characteristic due to our synergistic approach, we are able to file a patent around that combination.”

The company is now readying itself for human trials of combined drug targeting muscle-wasting disease sarcopenia.

“The reason why we chose sarcopenia is because it has multiple similar mechanisms involved in traditional aging,” Beliën told us. “Based on the data, we saw that we do not only impact muscle, so we can impact sarcopenia, but we also see that we can impact other organs as well.”

April saw the arrival of Longevity2020, the first online conference in our industry. One of the speakers was Dr Michael Fossel, founder and president of Telocyte, a company working on a telomerase gene therapy for Alzheimer’s disease.

Fossel told us that, pending investment, Telocyte is ready to pull the trigger on Phase 1 human trials of its Alzheimer’s therapy, which involves a single injection of the telomerase gene that then re-lengthens telomeres within glia and neurons and resets gene expression. And he gave us three reasons why he’s confident of success.

“The first is that the model is conceptually valid – it actually explains all the known data, it’s been internally consistent now for 20 years and getting better at that. The second is that it is predictively valid, and the third thing is that all the data is supported when we actually do an intervention… So yes, we’ll take it to human trials and I’m taking it through FDA trials, because I recognise that nobody in the world will believe this, unless we do it right.” 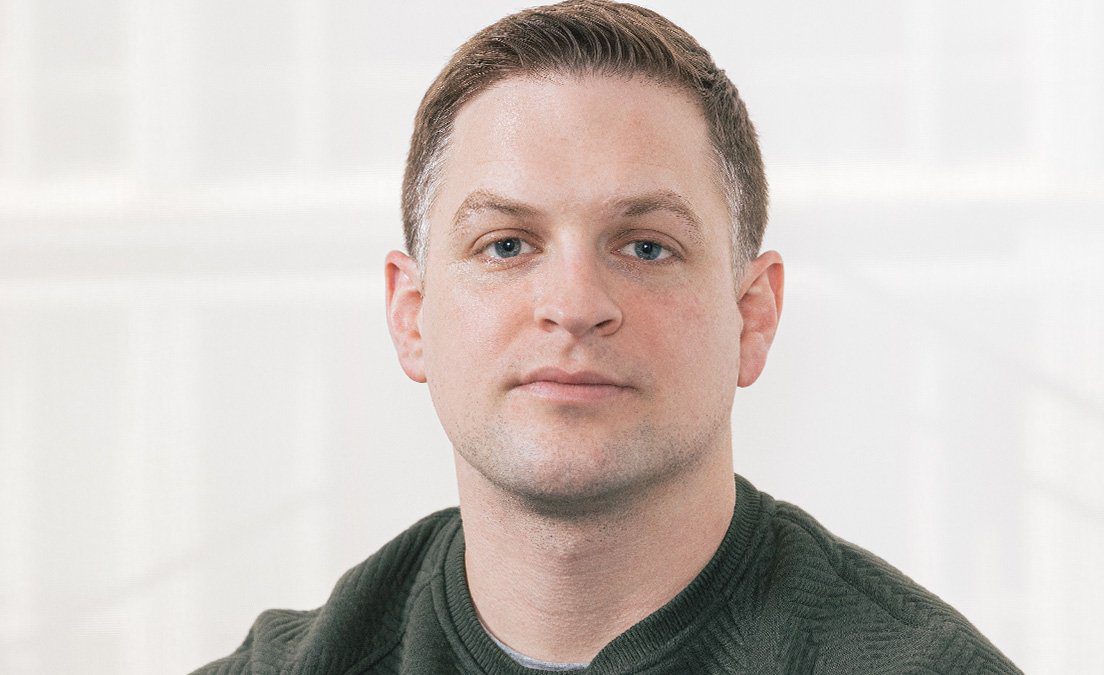 Last February we spoke to Eric Marcotulli, founder of anti-aging supplement developer, Elysium Health. The interview focused on the developments of the company’s lead NAD+ boosting product Basis, and Elysium’s plans to prove its Longevity benefits through clinical studies.

The first step first is the company’s current NAD+ trial, which is essentially establishing a baseline for NAD+ levels as they relate to biological age.

“That sets the stage potentially for an intervention trial,” Marcotulli told us. “If these results do show that there’s a link between NAD+ levels and your rate of aging, using this technology, then we can actually go and start to do trials that say, over the longer term, can we actually impact your rate of aging in a positive fashion?” 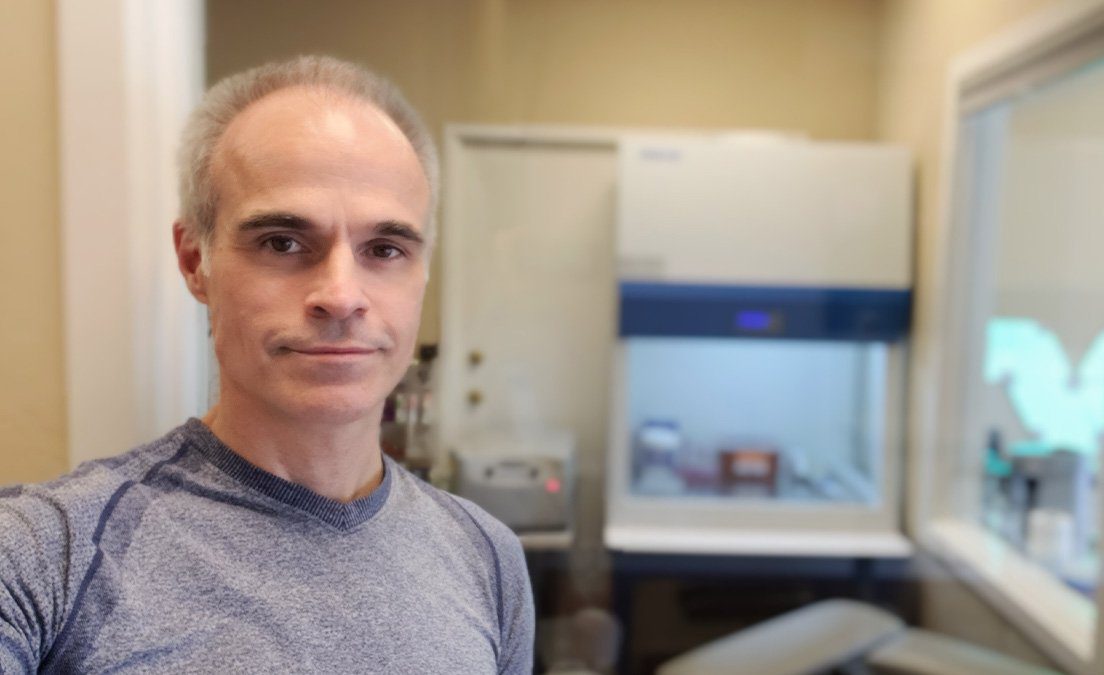 In May, Kevin Perrott, co-founder of SENS Research Foundation and Oisin Biotechnologies, spoke to us about his latest venture, OpenCures. The start-up uses community research and individuals’ health data to discover and develop interventions in age-related disease.

Perrott made the case that a data resource that truly reflected all aspects of an individual’s health would be unparalleled in its value, and it could be owned by the individuals themselves.

“If we empower individuals by giving them the capacity to aggregate and focus the value of their data themselves, the insurance companies will fall into line, everybody will fall into line,” he told us. Because then we’re actually turning the current health technology development paradigm from a broken economic cycle into a responsible economic cycle. And that can only benefit everybody.” 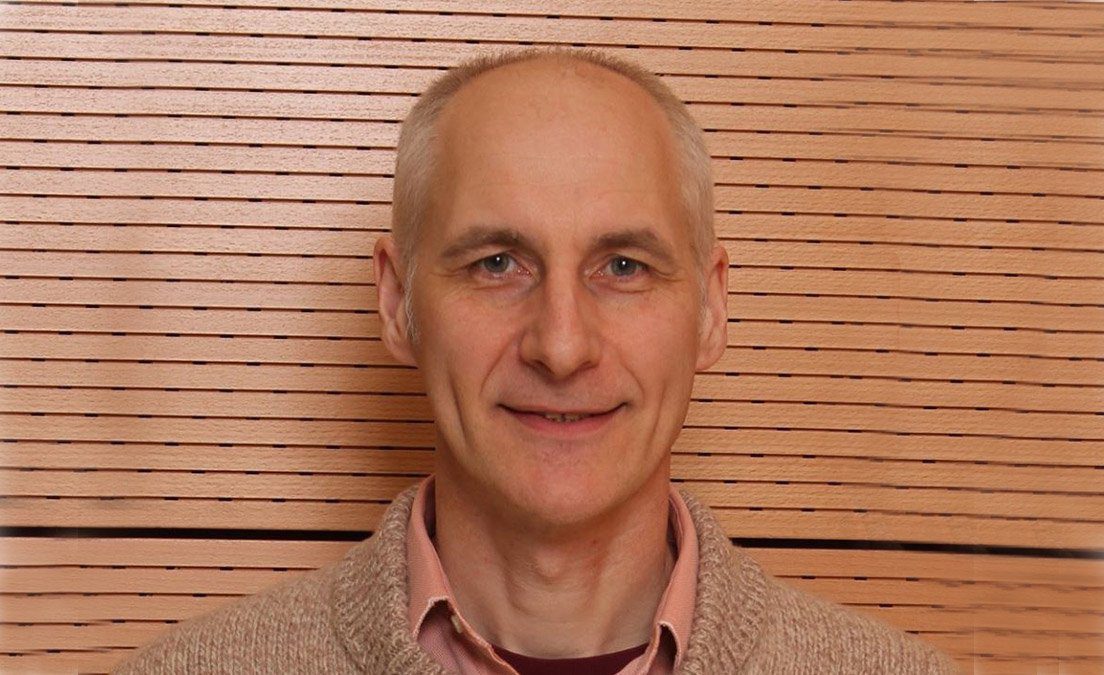 Some of the founders we speak to are taking their first step from academia into the commercial world, and this was the case with Temple University Professor Christian Schafmeister. After 20 years of academic research, he told us about his journey towards commercialisation in the form of his new DoD-funded start-up – ThirdLaw Technologies.

“We are starting up a company to develop an artificial immune system,” he told us, before explaining his development of ‘spiroligomers’ – a new type of chemical entity that combines the functional group richness of peptides and proteins with the properties of small molecules.

“We’re 20 years ahead of anyone making these things and they’re not easy to make… The clearest [Longevity application for spiroligomers] is developing catalysts that can cleave the glucosepane crosslinks to achieve advanced glycation endpoint (AGE) products.”

In July we spoke to University of Exeter Professor Lorna Harries about her work to develop “senotherapeutic interventions” that reverse cellular senescence. The co-founder of SENISCA has developed a way to effectively turn back the aging clock in old cells by modulating of RNA splicing and is working on developing new treatments for the diseases and aesthetic aspects of aging.

“What we’ve discovered is a new, and druggable, hallmark of aging – a new molecular mechanism by which cells age, which we can target to rejuvenate cells,” she told us, explaining that SENISCA will develop new ways to target the genes that control splicing factor levels directly.

“Because we know exactly which genes are involved, and we know exactly what the regulatory relationships are, we can target, specifically, that interaction to switch that gene on or off only when it is affected by the aging process. And we’re going to marry that with some very clever delivery mechanisms that will deliver it specifically to the senescent cells. So we’re looking at a platform technology.”