More news from us, as we announce our new Advisory Panel.

Last week we announced the appointment of George Sutherland as the Chairman of First Longevity. Today, we are delighted to reveal the members of our Advisory Panel who’ll will be shaping the ethos and future of First Longevity and our operating brands Longevity.Technology and Crowd Longevity.

So, without further delay, please meet the team! 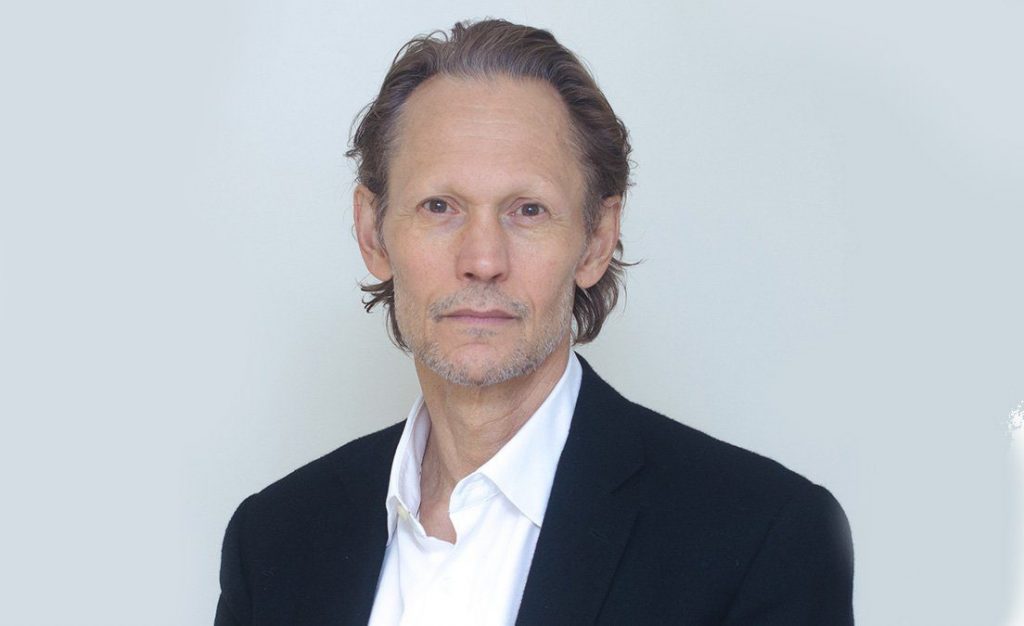 Dr Gregory Bailey is chairman of Portage Biotech a publicly traded drug development company and was previously managing partner of Palantir Group, a merchant bank specialising in biotech and intellectual property. He has over 15 years of experience in investment banking and has founded several companies.

Along with comprehensive experience in healthcare, finance and medicine, Greg brings an extensive involvement in corporate governance. He has co-founded and served on multiple public and private company boards of directors, such as Palantir Group, Ascent Healthcare Solutions, VirnetX Inc. (VHC:AMEX), Portage Biotech Inc. (PTGEF: OTCBB), DuraMedic Inc., and MediqVentures Ltd. Greg was was the initial financier and an independent director of Medivation, Inc. (MDVN:NASDAQ), recently acquired by the pharmaceutical company Pfizer.

Dr Bailey holds a medical degree from the University of Western Ontario, and practised Emergency Medicine for ten years before entering finance. He also served as the Managing Director and co-Head of Life Sciences at MDB Capital Group LLC.

As co-founder Tom has worn many hats at SR, often filling gaps until the time was right to hire an experienced individual to take over.

As SR has grown, and Tom’s own profile with it, Tom has stepped into more strategic roles within SR and outside of it, including sitting on the board of the UK Business Angel Association and the advisory board of City Ventures. Tom’s investment commentary has appeared in CityAM, Forbes, and The Twenty Minute VC.

Prior to SR, Tom worked as the Product Manager for TheTrainline, was an IT consultant at Allyance, and even played a little lower league football. 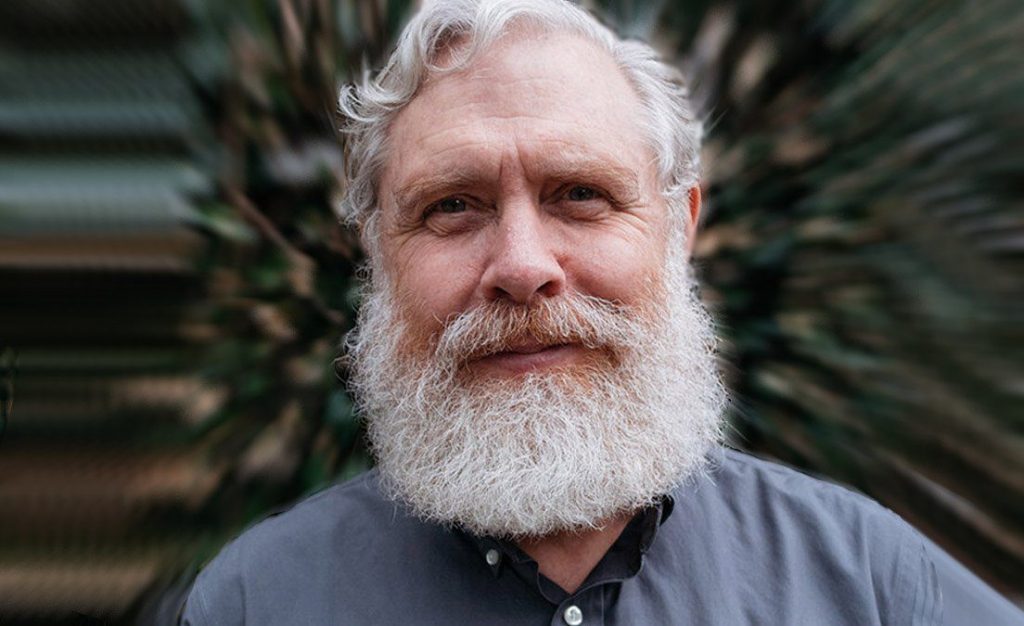 George leads Synthetic Biology at the Wyss Institute, where he oversees the directed evolution of molecules, polymers, and whole genomes to create new tools with applications in regenerative medicine and bio-production of chemicals. Among his recent work at the Wyss is development of a technology for synthesising whole genes, and engineering whole genomes, far faster, more accurate, and less costly than current methods.

George is widely recognised for his innovative contributions to genomic science and his many pioneering contributions to chemistry and biomedicine. In 1984, he developed the first direct genomic sequencing method, which resulted in the first genome sequence (the human pathogen, H. pylori). He helped initiate the Human Genome Project in 1984 and the Personal Genome Project in 2005.

George invented the broadly applied concepts of molecular multiplexing and tags, homologous recombination methods, and array DNA synthesizers. His many innovations have been the basis for a number of companies including Editas (Gene therapy); Gen9bio (Synthetic DNA); and Veritas Genetics (full human genome sequencing). 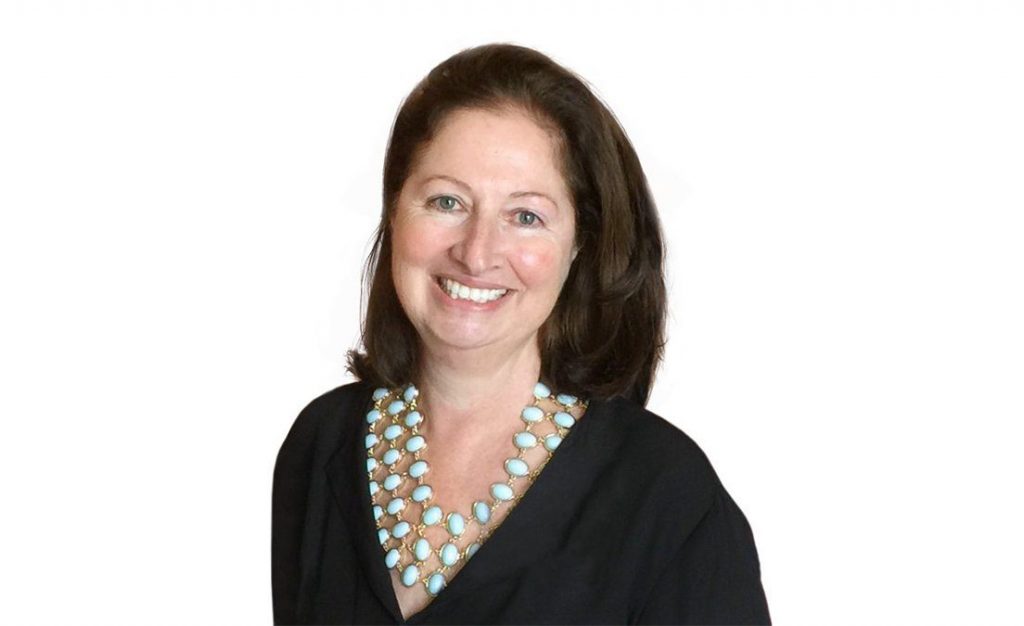 Margaretta also serves on the advisory boards of the world’s first AI Precision Health Institute at the University of Hawaii Cancer Center, and the Longevity AI Consortium at King’s College London. 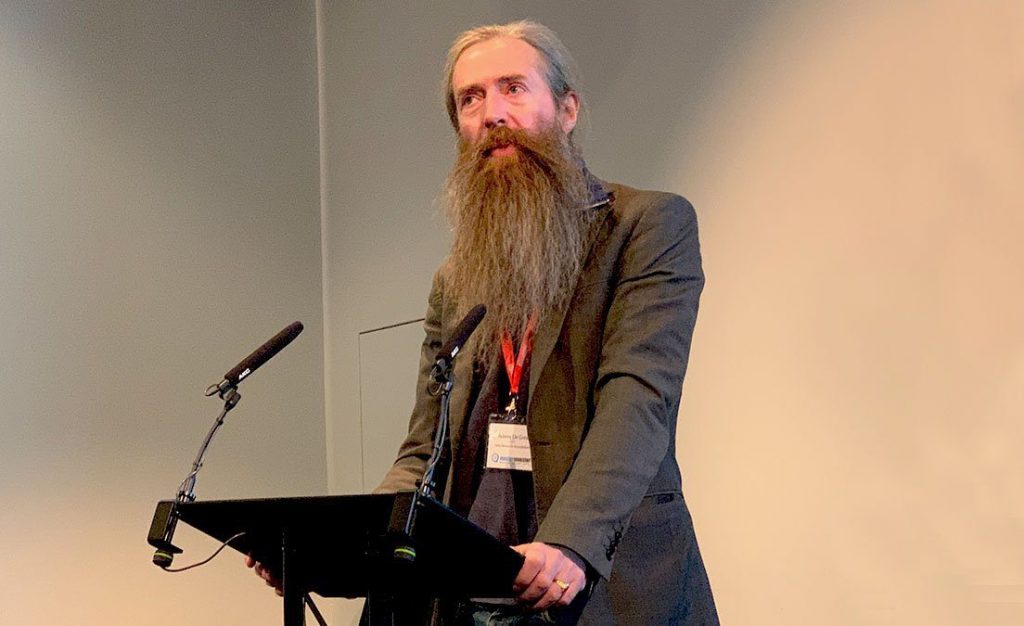 Dr de Grey is the biomedical gerontologist who devised the SENS platform, and established SENS Research Foundation to implement it. He received his BA in Computer Science and PhD in Biology from the University of Cambridge in 1985 and 2000, respectively.

Dr de Grey is Editor-in-Chief of Rejuvenation Research, is a Fellow of both the Gerontological Society of America and the American Aging Association, and sits on the editorial and scientific advisory boards of numerous journals and organisations. 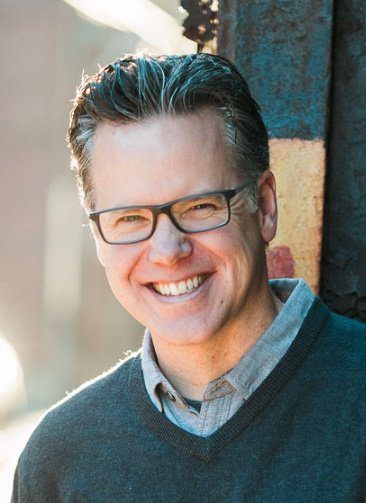 He has consulted extensively to drug development programs in a wide variety of therapeutic areas, spanning clinical trial design (as an EIR at the University of Pittsburgh), patient-reported outcomes (invivodata), neuropsychological outcomes (NeuroCog Trials), and Rx-to-OTC switch programs (PinneyAssociates). His philanthropic work includes co-founding and serving as the CEO of Harm Reduction Therapeutics, a nonprofit pharmaceutical company focused on bringing low-cost naloxone to the OTC market.

Michael earned his undergraduate degree from Purdue University, and his master’s and doctoral degrees in clinical psychology from the University of Pittsburgh before completing a Research and Clinical Fellowship in the Department of Psychiatry at Harvard Medical School. 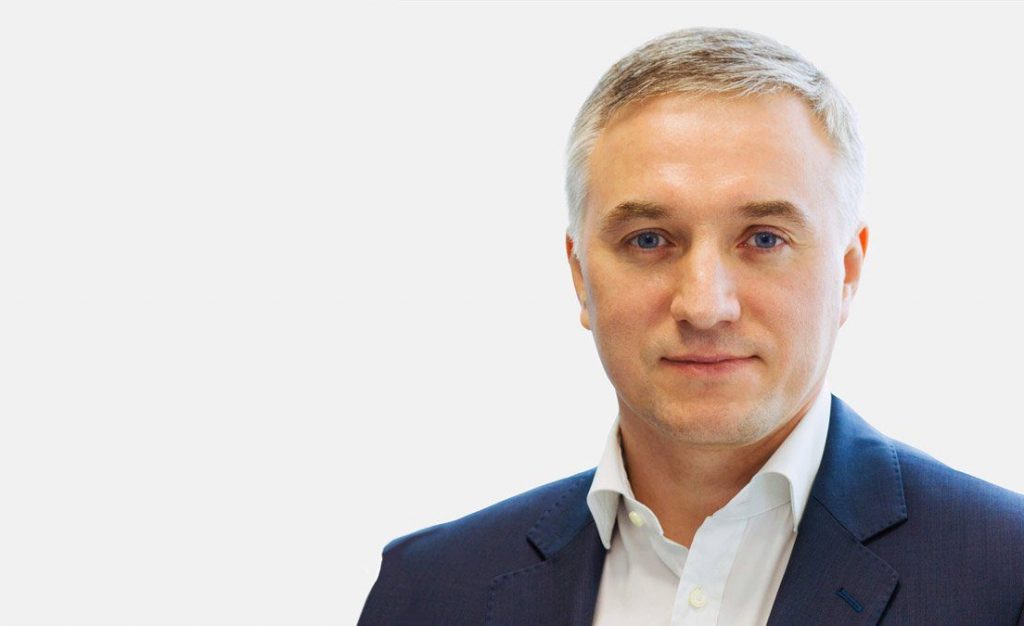 Dmitry Kaminskiy is an innovative entrepreneur and investor active in the fields of Longevity, Precision Medicine, and Artificial Intelligence. He is co-founder and managing partner at Deep Knowledge Ventures, a leading investment fund focused on DeepTech, renowned for its use of sophisticated analytical systems for investment target identification and due-diligence. He has a major interest in Healthy Longevity which is reflected in his business, research and public activities. Dmitry adheres to the principal of “Impact Investing” in all his business activities, believing that business should intentionally make a significant impact for social good.

He is actively involved in the work of the initiative group and was instrumental at the initial stage of the launch of the All-Party Parliamentary Group for Longevity in the UK Parliament. He now serves as co-director of the secretariat, overseeing the APPG’s international Longevity cooperation development division. 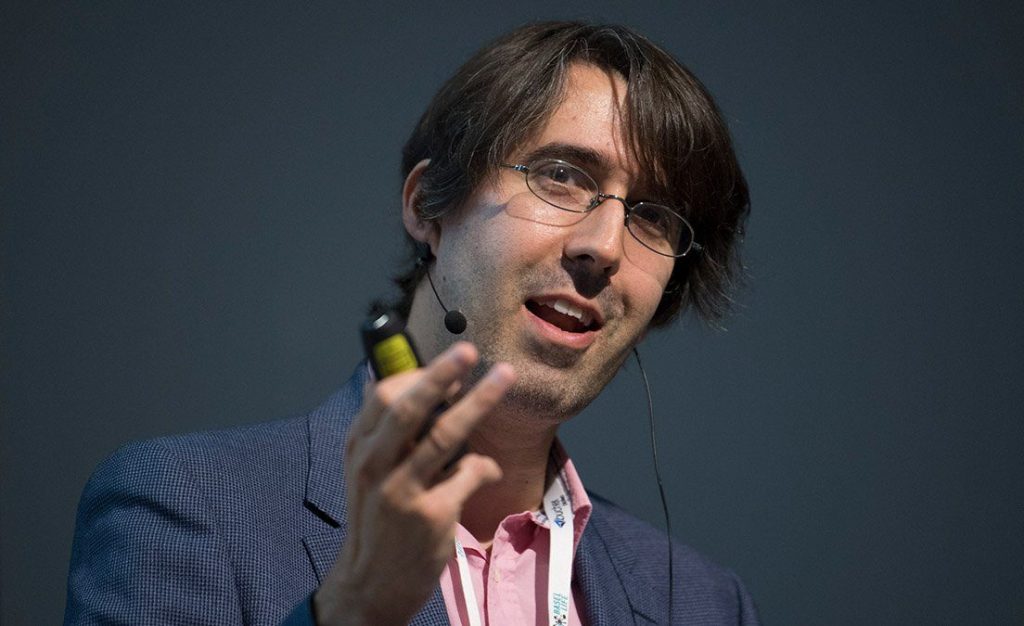 Professor de Magalhães is a Portuguese scientist and futurist. His work focuses on studying the aging process and how we can manipulate it to fend off age-related diseases and improve human health.

One of João’s greatest projects is the Human Ageing Genomic Resources database, or HAGR, intended as a tool to help other researchers who study the genetics of human aging.

Jim is a visionary entrepreneur with a flair for identifying emerging global trends. Most notably and very publicly, he predicted the credit crunch of 2007-08 in a book entitled “Wake Up! Survive and Prosper in the Coming Economic Turmoil”. The book cited catalysts for the impending crisis including unsustainable levels of consumer debt in the western world, a US housing crash, derivative financial instruments and governmental fiscal mismanagement – the rest is history! Jim followed this with “The Top 10 Investments for the Next 10 Years” (2008) and then “Top Ten Investments to Beat the Crunch!” (2009).

With Jim’s wealth of knowledge and vast experience allows Burnbrae to capitalise on sound opportunistic investments ideas. Through these investments, Jim has built a worldwide business empire. Jim is serially amongst the top 10% in the Sunday Times Rich List and holds a master’s degree in Politics, Philosophy and Economics from Oxford University. 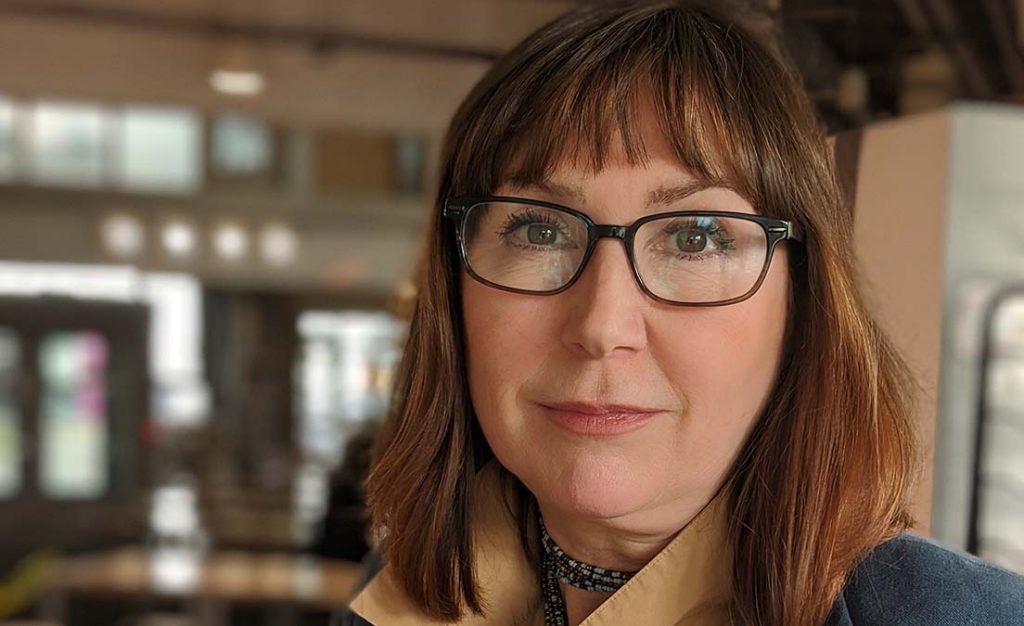 Dr Lorraine Morley is the UK Lead for AgeTech Accelerator which provides free business support to innovators with products and services for the emerging silver economy, and helps innovators overcome barriers to access markets in four countries. The programme is funded by SEAS 2 Grow – an Interreg 2 Seas project designed to set up a proactive silver economy ecosystem to accelerate the delivery of innovations for markets across the UK, France, Belgium and the Netherlands.

Lorraine has a background in both business and academic and a PhD in Open Innovation. 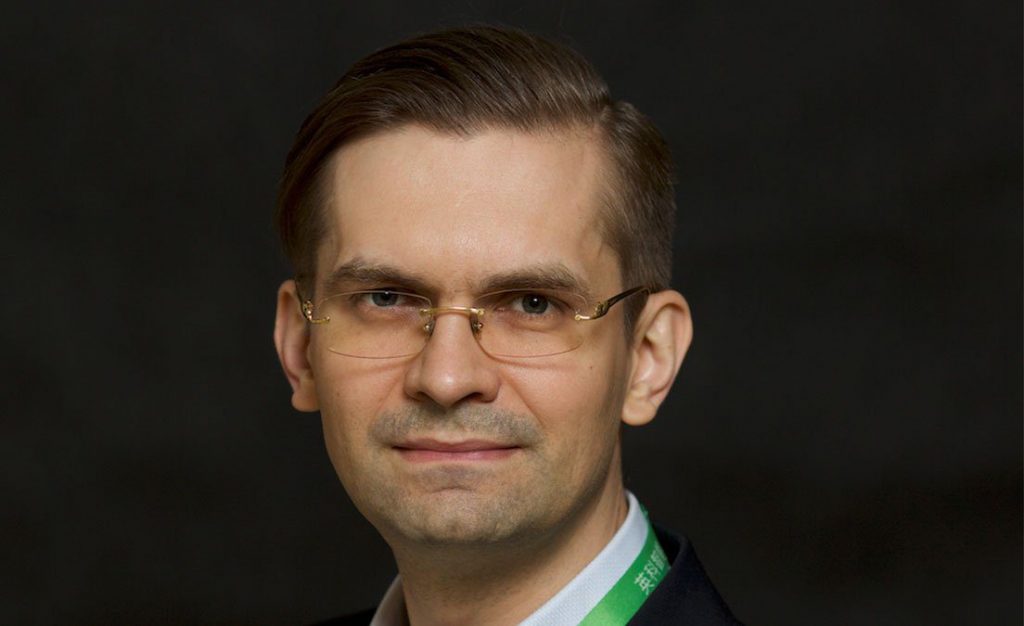 Alex Zhavoronkov, PhD, is the founder and CEO of Insilico Medicine (insilico.com), a leader in next-generation artificial intelligence technologies for drug discovery, biomarker development, and aging research. Since 2015 he invented critical technologies in the field of generative adversarial networks (GANs) and reinforcement learning (RL) for generation of the novel molecular structures with the desired properties and generation of synthetic biological and patient data.

Since 2012 he published over 130 peer-reviewed research papers, and 2 books including “The Ageless Generation: How Biomedical Advances Will Transform the Global Economy” (Palgrave Macmillan, 2013). He serves on the editorial boards of Aging Research Reviews, Aging, Trends in Molecular Medicine, Frontiers in Genetics, and co-chairs the Annual Aging Research, Drug Discovery and AI Forum (7th annual in 2020) at Basel Life, one of Europe’s largest industry events in drug discovery. He is the adjunct professor of artificial intelligence at the Buck Institute for Research on Aging.

Phil Newman
Editor-in-Chief Phil is Editor-in-Chief Longevity.Technology and founder of First Longevity, a media and finance business focused on bringing together innovators and investors to commercialise the companies that will form the Longevity economy.