FocusCalm review: The perfect gadget to train your brain for better focus

Another great starting point to ease you into a daily meditation practice. For those that need some data-points in order to motivate the continuation of their journey into mediation, this device is what you need.

SCORE: 5/5 ★★★★★ User interface and user experience: How positive or negative is the experience when using the product?

SCORE: 4/5 ★★★★ How does it stack-up with competitors or similar products or services?

SCORE: 4/5 ★★★★ How well has the company conducted or utilised scientific research and studies to validate its product/service?

SCORE: 3/5 ★★★ How applicable is it to the longevity marketplace and the daily life of a longevity enthusiast?

SCORE: 5/5 ★★★★★ How easy it is for a layperson to use the product/service and its associated benefits in the context of longevity?

I’ve used this device daily for the past 3 months for at least 20 minutes at a time, starting with the guided meditations and brain games, then transitioning away from that to my own mindfulness, breathwork and mantra meditations.

Honestly, I am not a fan of the guided meditations that are provided, there is a limited selection, new additions are irregular and they all follow a very similar theme – however, I do have a bias against guided meditations!

The brain games are entertaining, challenging and really do shine a light (with introspection) on one’s mental state and ability to focus/remain calm. This was an eye-opening experience, as I always considered myself to be of calm mind with a solid focus – but this is not the case when trying to beat a high score on a simple game, whilst also trying to remain calm/focussed (with a high FocusCalm score)! 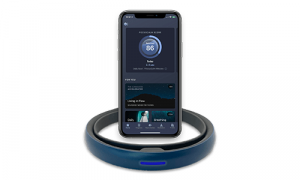 The product itself is slim, well designed, holds well on the head even during multiple activities, such as spinning, yoga and meditation. The battery life is incredible! I have only had to charge the device 3 times in the last 3 months with daily use of at least 20 minutes. The headband’s unique buzzing when asking you to readjust is a fantastic feature and the app is well designed/appealing to the eye and easy to use. All round, impressive!

This product is a great starting point for anyone interested in tracking their meditation practices with more than time, written notes and reflection. I would have liked to see more brain training games, and perhaps some neurofeedback (like the Muse device’s birds chirping and soundscapes adjusted to current mental activity levels), however, these can be distracting at times.

In general, I am always excited to try new products within this space, I am confident the future holds exciting new innovations and from what I am told, there is a lot to come from BrainCo.

It is a truth pretty much universally acknowledged that meditation is good for you; popular for thousands of years, in hundreds of cultures, there is plenty of anecdotal data about this, but actually quantifying it can be tricky. People with quieter minds tend to live longer; a a study published in Nature concluded that both people and animals live longer when their brains are less active.

Studies increasingly suggest the impact of meditation on physical wellbeing may be almost as positive as mental – it can reduce stress, improve psychological wellbeing and also improve your lifespan. A study in the American Journal of Cardiology, which set out to specifically test the impact of meditation on mortality, found that those who had practised meditation had lower blood pressure than the other. In the longer term, when they followed up on participants after several years, they found that the meditation group were 23% less likely to have died of any cause in that period and 30% less likely to die of any causes.

Like a heart rate monitor can read your pulse from electrical signals, the FocusCalm headband detects the electrical activity in your brain and measures it with an AI algorithm, quantifying your cognitive workload to produce a FocusCalm Score based on 1250 data points in your brainwave signals. A busy, active mind generates a low score (the lowest being 0) and the calmer you are, the higher your score (the highest being 100). 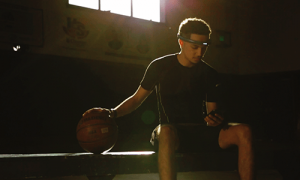 FocusCalm provides positive feedback, so your brain learns to prefer being in a relaxed and alert state, and by tracking your score over time in the app, you can follow your progress. It combines guided meditation with neurofeedback games and executive function (memory, sustained attention, pattern recognition, decision making, etc.) training and uses them to first teach the user to relax and then to strengthen their ability to get into that relaxed state. The icing on the cake is challenging a user’s ability to use that calm state during active tasks.

Spending 3 months with this device daily, I am happy with the results, it correlates well to my experiences during meditation sessions (when distracted momentarily, this is shown in the data) and gave me the competitive motivation to continue striving for longer periods of FocusCalm.

I would recommend this product to anyone starting out a regular practice of meditation, but also to those that are keen to assess their ability to remain in a focussed and calm state of mind during any activity (this was most recently shown by an e-sports athlete in a video produced alongside BrainCo).

William Birch
William Birch is a longevity enthusiast; armed with a degree in Philosophy, Religion and Ethics from King's College London, he has spent his career helping facilitate the growth and development of high growth start-up and scale-up businesses. From AI and machine learning to drug development and healthtech, William now focuses his attention on the growth of the longevity industry as part of the Sales and Marketing team for First Longevity.

Care receivers can be paired with carer based on religious understanding and culture thanks to AI tech developed during pandemic. A graduate has created what...
Read more
Investment

Abbott pushes the envelope of biowearables as it announces its new tech for tracking ketones biomarkers. Abbott, the company behind the Freestyle Libre continuous glucose...
Read more