It’s game on for Gameto, a new type of biotech company in female reproductive longevity that’s aiming to solve the problem of accelerated ovarian aging and change the trajectory of women’s health and equality.

As we saw in our recent report on ovarian aging, women’s reproductive fertility is poorly understood and even more poorly resourced. Ovaries age up to five times faster than any organ in the body and this “fast ovarian aging” results in infertility, menopause and an increased number of years spent in poor health. Economic and societal pressures mean women often choose to start their families later, but when they want to use their ovaries, their ovaries fail them. 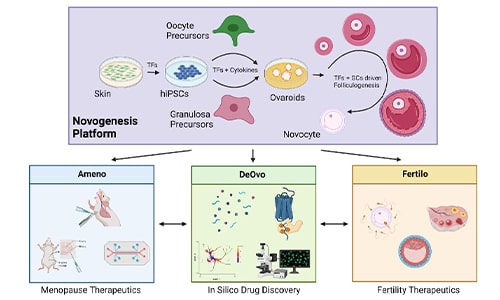 Longevity.Technology: We need a radical rethink of how we address reproductive fertility and menopause so women can access the future they deserve – and Gameto are the biotech start-up answering this clarion call. Yesterday Gameto announced it has raised $20 million in Series A funding led by Future Ventures (with participation from Bold Capital Partners, Lux Capital, Plum Alley, TA Ventures, Overwater Ventures, Robert Nelsen and Anne Wojcicki) which it adds to its $3 million in Seed funding raised in March 2020 from investors which include Jack Abraham, SALT Fund, FJ Labs, Dan Rose and Brian Armstrong.

While the lifespan of humans has nearly doubled in the last two centuries, female reproductive fertility has not had the same impressive track record; in fact, the average age at which female fertility declines and menopause takes place has remained almost consistent since accurate medical records began in the 1800s. Menopause drives health decline in many women, leading to poor health in their later years and causing medical consequences associated with old age and frailty. Women, on average, live longer than men, but the gap is narrowing; women also experience poorer health for longer, and when you add in declining fertility rates, it doesn’t look like gender inequality is on its way out any time soon.

IVF is expensive, invasive and has a low success rate – to the tune of 20%. Declining ovarian function and negative feedback from ovarian factors cause endocrine changes, and the end result of these changes is menopause – natural sterility with a side order of 34 (and counting!) different symptoms.

Maryanna Saenko of Future Ventures, which led the Series A, said: “While there are an increasing number of clinics, therapies, and medical directives to help women address infertility, the success rates still leave much to be desired, particularly for women over 35. On average, 80% of the oocytes extracted from a woman during IVF or oocyte freezing are immature and cannot be used. That means more IVF cycles, higher cost to patients, and lower success rates. We appreciated the multi-pronged approach that Gameto takes to women’s reproductive longevity by first addressing oocyte maturity and then expanding to menopause and more broadly, longevity.”

So, what is Gameto‘s plan to change the status quo? We spoke to CEO, Dr Dina Radenkovic, who told us the company wants to synchronise the pace of ovarian aging to the rate of aging in other organs such as the liver, brain or skin. Traditional medical criteria can lead to ovaries being labelled ‘geriatric’, an often damning assessment when this organ is compared with the rest of the body, which is aging normally. Radenkovic points out that this can create conflict and push people to make compromises they may not wish to make.

By applying the advances of cellular reprogramming, Gameto, which is part of the prestigious BioLabs At NYU Langone programme, has created human reprogrammed cells of the ovary (both granulosa cells and oocytes precursors) with the science team from Harvard University. The start-up is now building a platform for ovarian therapeutics to initially address menopause and improve assisted reproductive fertility with three sequenced programs:

1. Fertilo – To improve assisted fertility and with the mission to eliminate infertility over time for all women.

2. Deovo – To initiate drug discovery and a computational platform for ovarian aging.

3. Ameno – Aiming to make the medical burden of menopause optional.

Radenkovic told Longevity.Technology that the problem of ovarian aging in reproductive fertility must be addressed.

“New discoveries are important to reduce the burden of infertility, menopause and chronic diseases in order to promote improved life expectancy,” she said. “We must also consider the decreasing fertility rate and affect the downstream socioeconomic effects in the society and redress gender/sex equity, allowing women to make choices they want, when they want them. 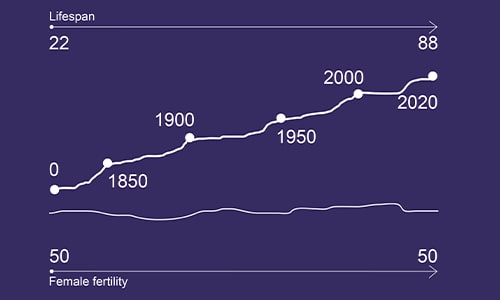 “It’s worth doing, it’s worth doing well and the end results will benefit humanity as a whole. I acknowledge it’s a difficult problem, but it’s one that can no longer be neglected, so someone needs to do it. We are going to give it a good fight, in the best possible way – we will fight it with science.”

We also spoke to Martin Varsavsky, the influential entrepreneur who is Gameto’s Chairman. He told us: “As founder of Prelude Fertility, the largest chain of fertility clinics in the US, and Overture, which is focused on automating the embryology lab, has focused on addressing the divergence of society and biology by helping women successfully have children in later life. But we have always been limited to only be able to help women who produce high quality oocytes. We now have the first generation of women who will spend more of their lives in menopause than fertile. The natural step was therefore to address the root cause of these issues by trying to solve ovarian aging. All ovarian aging is premature and while this is an extraordinarily hard problem to solve, it is very much worth solving.”

Stay tuned for our interview with Dr Dina Radenkovic in which we dig into Gameto’s plans for the future.