Is living environment, rather than biology, Longevity’s key?

A new study of centenarians suggests: where you live has a significant impact on whether you’ll see 100.

A study conducted by scientists at Washington State University’s Elson S. Floyd College of Medicine had concluded that the community in which you live can play a role in determining your lifespan.

Longevity.Technology: We often focus on the differences cellular intervention, or medical therapies can have on extending life, but maybe it’s time to pull the focus back and look at the differences that can be affected by changing our lifestyles.

Based on Washington State mortality data and published in International Journal of Environmental Research and Public Health, the research team found that living in highly walkable, mixed-age communities has a positive effect on life and means the residents are more likely to reach their 100th birthday [1].

In addition, living in a community that had a higher percentage of working-age population positively correlated with reaching the centenarian age. The research also found that having a higher socioeconomic status, being female, and being white all contributed to Longevity. 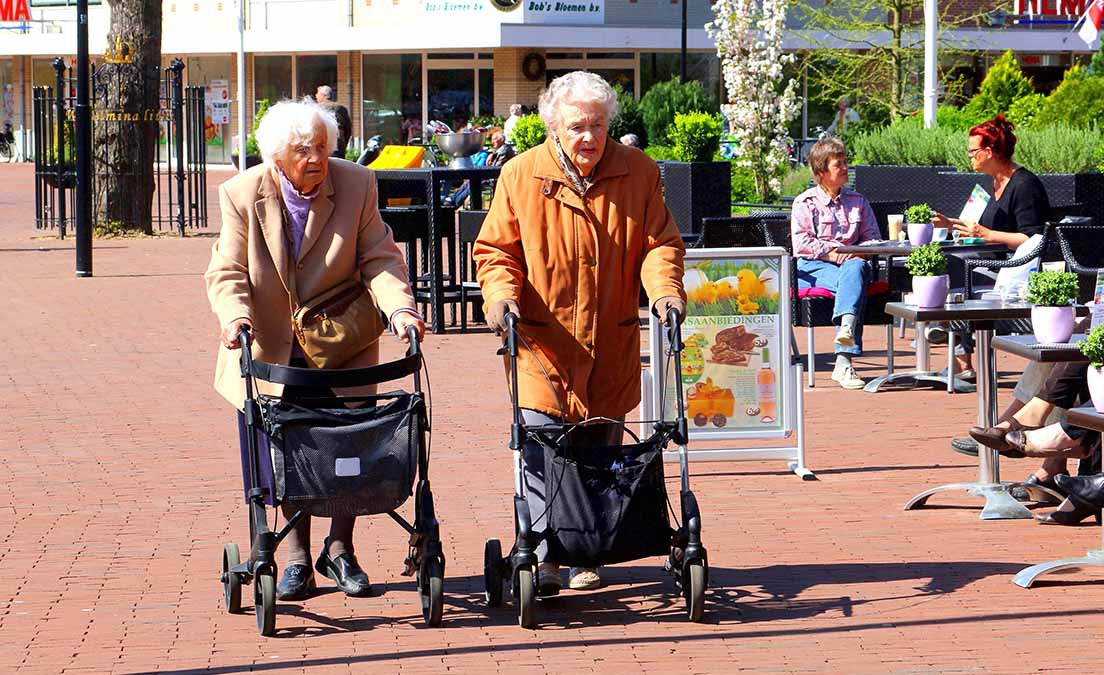 Last year we reported on the 21m Euro SHAPES project (Smart and Healthy Ageing through People Engaging in supportive Systems) aims to explore interactions between people, their environments and technology to deliver advanced community living projects which help people to continue living in their own homes for longer.

The researchers studied data about the deaths of nearly 145,000 Washington residents who died at age 75 or older between 2011 and 2015, looking at age and place of residence at the time of death, as well as their sex, race, education level, and marital status.

This data was then explored in terms of a neighbourhood ‘score’ which was determined by a set of variables that included poverty level, access to transit and primary care, walkability, percentage of working-age population, rural-urban status, air pollution and green space exposure. This allowed the researchers to conduct a survival analysis, determining which residential areas and demographic factors correlated to a lower probability of dying before the age of 100.

Rajan Bhardwaj, a second-year WSU medical student, says the research indicates that residing in an environment that supports healthy aging could impact your ability to beat genetic odds.

“… hereditary factors explain only 20% to 35% of an individual’s chances of reaching 100,” Bhardwaj said. “We wanted to explore the effect that environmental variables have on this instead of just individual factors such as socioeconomic status, education, social participation and things like that [2].”

Looking at the results geographically, the team observed clusters with a high likelihood of living to centenarian age in higher socioeconomic areas in urban centres and small towns across the state of Washington; these included the greater Seattle area and the Pullman region.

“These findings indicate that mixed-age communities are very beneficial for everyone involved,” said Bhardwaj. “They also support the big push in growing urban centers toward making streets more walkable, which makes exercise more accessible to older adults and makes it easier for them to access medical care and grocery stores [3].”

A multi-faceted approach is a must for anyone with a Longevity goal; after all, there is no point taking a carefully-constructed supplement regimen, if you take no exercise and smoke. In terms of rerouting our genetic satnavs, we might need to encompass not only what we put into our bodies and how we treat them, but also where we put our bodies in terms of our surroundings.

Longevity opportunities in the post-Covid world

Longevity International’s Tina Woods discusses how Covid-19 has catapulted health to the top of the global agenda. Tina Woods is CEO and co-founder of Longevity...
Read more
Cellular

A decade-long study has made interesting contributions to the study of the stability of DNA methylation. A study of epigenetic changes in identical twins by...
Read more
Wellness

AI firm Lapetus targets the face as a biomarker of aging: one simple picture can open-up a host of opportunities and implications. Wow. Named after...
Read more

When it comes to the stress hormone cortisol, balance is everything, according to a new study in Germany.  There have been plenty of studies that...
Read more

We take a trip down Lifespan.io's Rejuvenation Roadmap – and it's a journey towards Longevity progress. Lifespan.io is a US-based non-profit organisation that seeks to...
Read more

Longevity therapies delivered through skin is a topical issue

Non-invasive therapy that comes in a bottle could be the Longevity crème de la crème. Therapeutic substances like arnica, turmeric and witch hazel have been...
Read more