Combining a wide range of consumer biomarker testing kits with a marketplace of supplements and services, German company Cerascreen has been quietly building a significant presence across Europe and recently launched in the United States. The company is also expanding its focus beyond the consumer market into providing its expertise to research institutions and supporting clinical trial recruitment.

Longevity.Technology: Sitting on a wealth of data and a large, health-motivated customer base, it is understandable that Cerascreen would seek to grow beyond its consumer-focused roots. We caught up with Cerascreen’s CEO Olaf Schneider to find out how the company is adapting to target new opportunities.

With tens of thousands of customers of its consumer kits and supplements, Cerascreen is increasingly looking towards the pharmaceutical research and development sector as a market for its services.

For this kind of work, Cerascreen typically works with contract research organisations (CROs) that run the clinical trial process. Cerascreen is now ramping up this aspect of its business, actively targeting CROs and pharmaceutical companies to acquire projects.

“Our epigenetic age test is just one biomarker, but what is behind this is actually a much more complex than it sounds – we are checking 850,000 CPG sites on the DNA.”

“Our epigenetic age test is just one biomarker, but what is behind this is actually a much more complex than it sounds – we are checking 850,000 CPG sites on the DNA,” says Schneider. “So we’ve developed a model for the structural formula of all these compounds, and we can match these compounds against the 850,000 CPG sites. And, as demethylation is necessary to reverse aging, when we find a compound that demethylates a specific CPG site, then we have a hit.”

Using AI technology, Cerascreen has already documented a few thousand “hits” using this approach, many of which are natural compounds, which Schneider says make good candidates for supplements. The company has already developed its own anti-aging supplement as a “demonstrator” for companies that develop nutritional or personalised medicine products.

“We found, for example, a Parkinson’s drug that also has a really interesting effect on epigenetic aging.”

“We are not a supplement development company, but we wanted to demonstrate what is possible,” says Schneider. “And what is also coming out of that process is hits for existing drugs. We found, for example, a Parkinson’s drug that also has a really interesting effect on epigenetic aging.”

In 2012, Cerascreen was spun out from diagnostics company DST, a technology leader in developing antibodies for food allergy and intolerance testing. While DST was focused on providing its solutions to labs, Cerascreen was looking towards consumers.

“For the first time in history, we are able to research our own health, because data and diagnostics are so cheap and available that healthy people can use them,” says Schneider. “And so, for the first time, we can monitor what is happening long before we get sick.”

Historically, DST’s technology provided such high precision and sensitivity that it could also be used to measure a much broader screening set of allergens from very small sample sizes – just 300 microliters, for example.

“And that screening could provide enough information for someone to adapt their nutrition,” says Schneider. “So that was our starting point at Cerascreen – we started out with a vitamin D test, a histamine intolerance test and a personalised protein test.” 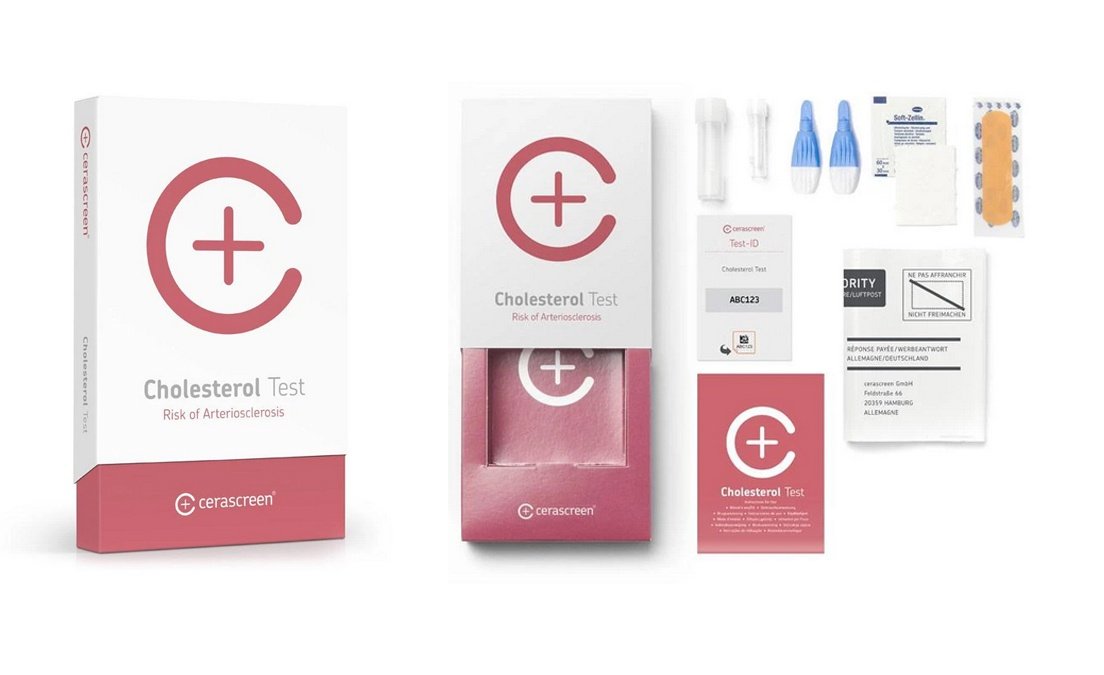 Cerascreen has rapidly built on its platform, and now boasts dozens of testing kits, including everything from microbiome and gut inflammation tests through to DNA-based tests for genetic age, heart health and fitness. Ranging in price from €30 – €200, the tests cover a full range of collection methods, from finger-prick blood tests to swabs, all of them conducted at home and then sent back to the company for rapid analysis, with results typically delivered within a week.

This year, Cerascreen was also quickly able to roll out PCR and antibody test kits for COVID-19. But, even in the beginning, Schneider wanted to aim beyond just producing and distributing testing kits.

“First, people need help with the interpretation, but then what do they do about their results?” he says. “One option is to find good supplementation products.”

“Our mission is to develop easy testing, combined with relevant outcomes and recommendations that can be understood without a medical degree, but then also to provide the easiest way to act on those recommendations …”

With this in-mind, Cerascreen’s results come with a personalised report that clarifies the results and provides recommendations how an individual can improve their health. The company also offers a marketplace of more than 1,000 supplements and services that people can access if their tests indicate action is needed.

“Our mission is to develop easy testing, combined with relevant outcomes and recommendations that can be understood without a medical degree, but then also to provide the easiest way to act on those recommendations,” says Schneider. “That means giving access to products [supplements], but also access to coaching courses and programmes, if you need a behavioural change.”

While the company’s focus has been on health and wellness, Cerascreen is also about to launch telemedicine services that will allow medical doctors to provide consultations to patients via the marketplace.

“Many of the problems people come to us with are sleep, metabolic problems, stress, and skin conditions,” says Schneider. “We are currently onboarding telemedicine providers, so we can forward patients to them for further advice and testing on certain issues.”

In the near future, Schneider also expects the company to bring digital health apps and digital therapeutics into the mix, as well as expanding its diagnostic portfolio to allow it to become “more precise” in giving recommendations. Ultimately, he says, his goal is to bring everything together and “combine the layers” into an individual risk score – a digital twin for health prevention.