Hydrogels have been used in everything from contact lenses to babies’ nappies. Now, scientists have made a breakthrough which could pave the way for further uses in anti-aging and Longevity.

Hydrogels are nothing new. Around for more than half a century, they’ve been used in everything from agriculture to buildings, but developments in technology mean that hydrogels are increasingly being used in the medical field.

The TRL score for this Longevity.Technology domain is currently set at: “Early proof of concept demonstrated in the laboratory.”

The TRL score for the technology addressed in this article is: “Early proof of concept demonstrated in the laboratory.”

A team of scientists from The Australian National University (ANU) have made a significant breakthrough in the field of hydrogels by creating a new jelly-like material which can heal itself in a similar way to skin [1]. Next generation cosmetics and anti-aging skin treatments could be possible applications.

The breakthrough could be particularly significant in the anti-aging field as it builds on previous hydrogel research which has looked at the 3D printing of organs by combining hydrogel with a recipient’s cells, as well as at using hydrogels to repair internal damage such as scarring caused by heart disease; we’ve already addressed how hydrogels are being developed for the use of repairing heart damage.

Hydrogels are a type of gel which are capable of retaining a high level of water. They have a wide range of uses because of this, including in contact lenses, wound dressings and in drug delivery.

However, hydrogels are usually weak, which means previous uses have been limited. By developing a new type of hydrogel material using dynamic chemical bonds, the ANU team has created a stronger, more versatile hydrogel.

The material, which has been described as similar to jelly, is capable of mimicking skin, as well as muscle, ligaments and bone.

It is now hoped that this new type of hydrogel could lead to advances in medical implants or artificial muscles. Given that muscle-wasting conditions often affect the elderly, and previous research to create artificial muscles is already underway, this latest development adds to a body of promising work [2]. The team say that their new invention could even be used for next-generation robots which could, in future, be capable of swimming.

Luke Connal from ANU, who was lead senior researcher in the project said the chemical bonds used in the new type of hydrogel were key to ensuring it has features unlike previous materials.

“Hydrogels are usually weak, but our material is so strong it could easily lift very heavy objects and change its shape like human muscles do,” he said. “This makes our hydrogel suitable for artificial muscles in what we call soft robotics.

“With the special chemistry we’ve engineered in the hydrogel, it can repair itself after it has been broken like human skin can.”

The team said that as the hydrogel is capable of self-healing as well as being strong and flexible, this makes it an ideal choice in the development of biomedical devices and wearable technology. 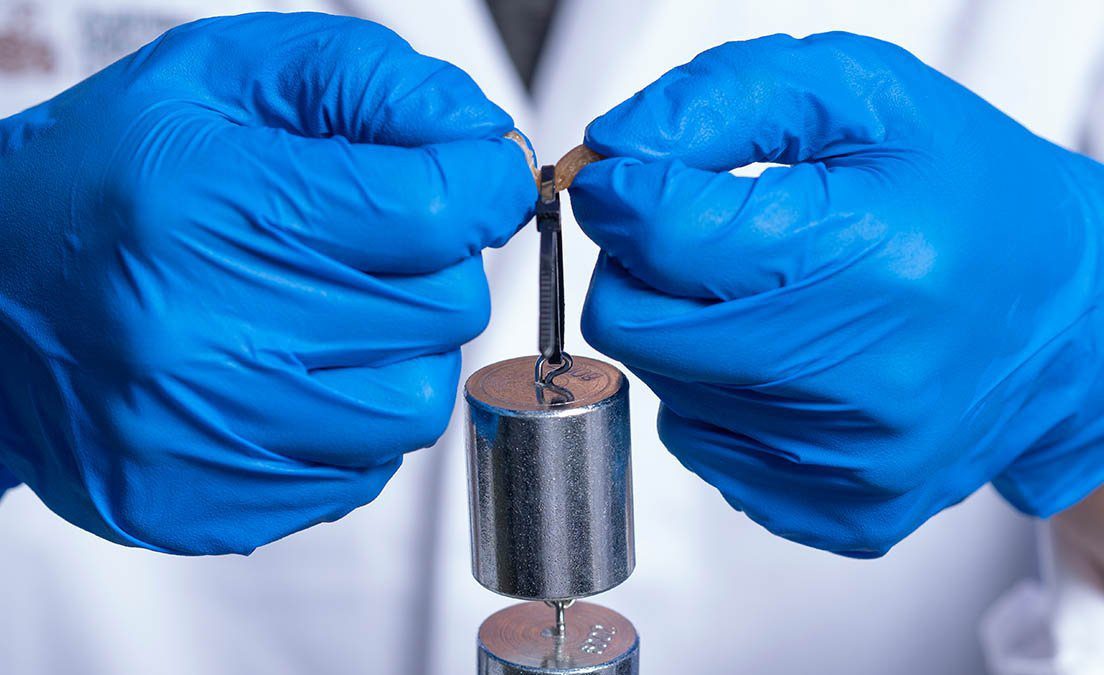 With a rising aging population, there is an increasing demand for biomedical devices, which could make this breakthrough particularly significant in Longevity research and development.

Co-researcher and Postdoctoral Fellow Dr Zhen Jiang, who had the inspiration for the hydrogel as a result of one of his PhD projects, said that the new hydrogel could be capable of performing as artificial muscle given certain temperature controls.

The team is now expecting high levels of interest from researchers working on next-generation soft robotics. The next move will be to develop a 3D-printable ink based on the jelly-like hydrogel in a move which could increase its application possibilities.

0
In these challenging times, with everyone working from home and conferences pushed-back to later this year, we had an idea: Longevity2020 While the world overcomes...
Read more
Tissue/Organ

0
Talking prevention and treatments for Longevity with Prodrome's Dayan Goodenowe. Detecting prodromes – an early indication of a developing condition or disease – could revolutionise...
Read more

0
Start-up NemaLife evolves from platform technology to services provider to identify chemicals that have both positive and negative effects on Longevity. The use of the...
Read more

0
A world wide web that is partly biological has been created around the globe by collaborating scientists. New nanoelectronic device research has enabled both artificial and...
Read more

0
Most of us are at home right now - what will it be like when we're older? And what is being done to improve...
Read more