Nutraceuticals to beat cognitive decline before it starts

Talking nutraceuticals and pharmaceuticals, trials, scaling-up and Singapore with the founder of Senescence Life Sciences.

Singapore-based Senescence Life Sciences aims to use nutraceuticals to combat natural brain aging by targeting an enzymatic process that has been shown to restore classical neuronal indicators of age – including learning, memory and decision-making performance.

Longevity.Technology: We’ve been writing about cognitive health quite a lot recently, including companies doing VR brain training, mental health monitoring and cognitive activity assessment. But what about a biotech approach to the general cognitive decline we experience when aging?

We spoke to Senescence Life Sciences’ founder Dr Shawn Watson about the company’s origins, who told us that he stumbled on a discovery around why neuronal function declines with age while studying his PhD in Canada.

“I did have an unfair advantage at the beginning, as my wife is a rockstar in the start-up world …”

“With dementia hitting multi members of my own family, and the frustrations with the slow speed of academia, I was highly motivated to start the company,” says Watson. “I did have an unfair advantage at the beginning, as my wife is a rockstar in the start-up world, and she founded the company with me.”

Senescence Life Sciences targets the enzymatic process through which cellular free radical damage is translated into functional changes in the brain. This led to the identification of a cellular mechanism that, when manipulated, has been shown to restore neuronal electrophysiology, learning and memory performance. The company claims its underlying lipid-based theory is “thought to be a foundational mechanism responsible for inflammatory-based neurological performance decline and impairment.”

Watson points out that his company is based upon a simple, but often misrepresented, concept of brain health.

“We know a diet rich in omega-3s can help prevent heart disease, and calcium intake can slow/prevent osteoporosis, so what about the brain and dementia?” he says. “After 30 years, hundreds of trials and billions upon billions of investments, nothing in modern research has failed so spectacularly as developing a cure for Alzheimer’s disease. Treatment won’t work, we need to stop the disease before it manifests. It’s time for a new approach, one that focuses on health and prevention rather than treatment – which is the basis of our company and our research.”

SLS Performance focuses on the research and development of short-term, non-stimulant based solutions to prevent brain performance decline in intense cognitive activities like e-sports, healthcare and the military;

SLS Pharmaceuticals explores the potential of the company’s discovery to prevent and/or slow the development of dementia in high risk, aged individuals.

“Our company has aggressive clinical plans in the near term with three separate trials [one from each division] slated to start in 2020/2021, which will be key milestones in our growth,” says Watson. “In addition, with major distribution deals now completed in the United States and APAC [Asia Pacific], revenue growth is a high priority for our nutraceuticals division along with new product development.”

Senescence Life Sciences is currently funded through an undisclosed amount of private equity, and Watson expects the company will raise more growth capital this year.

“… we will also be on the hunt for a strategic partner to come alongside our pharmaceutical research program.”

“With the rapid growth of SLS Nutraceuticals in 2019, and major distribution deals being completed in North America and Asia, we intend to raise additional capital in 2020 to meet customer demands and accelerate revenue growth,” he says. “In 2020, we will also be on the hunt for a strategic partner to come alongside our pharmaceutical research program.”

The company is based in Singapore, which has been highlighted for its progressive stance on Longevity, and Watson is clear about the benefits of the country.

“Singapore continually ranks as one of the easiest places in the world to do business, has strong IP protections and a vibrant, if more conservative, investment environment,” he says. “In addition, one of the most consistent things about Singapore is that if a problem, or potential problem is identified, the government tends to tackle it head on. Longevity, healthspan, chronic disease, and brain health/dementia have all become a key focus for the government. Living and working in this environment is both exciting and good for business.”

“Singapore continually ranks as one of the easiest places in the world to do business … Longevity, healthspan, chronic disease, brain health/dementia have all become a key focus..”

Watson points out that Singapore is a young country and the government, and its citizens, have exceptionally high respect for their “pioneer” generation – the men and women who made the country what it is today.

“This generation, however, is now entering its golden years, where health and wellbeing become a central focus,” he says. “The ingrained sense of pride and responsibility for the pioneers, combined with Singapore’s long-standing commitment to research and world-class universities, has created a unique environment where aging, and aging research is top of mind.” 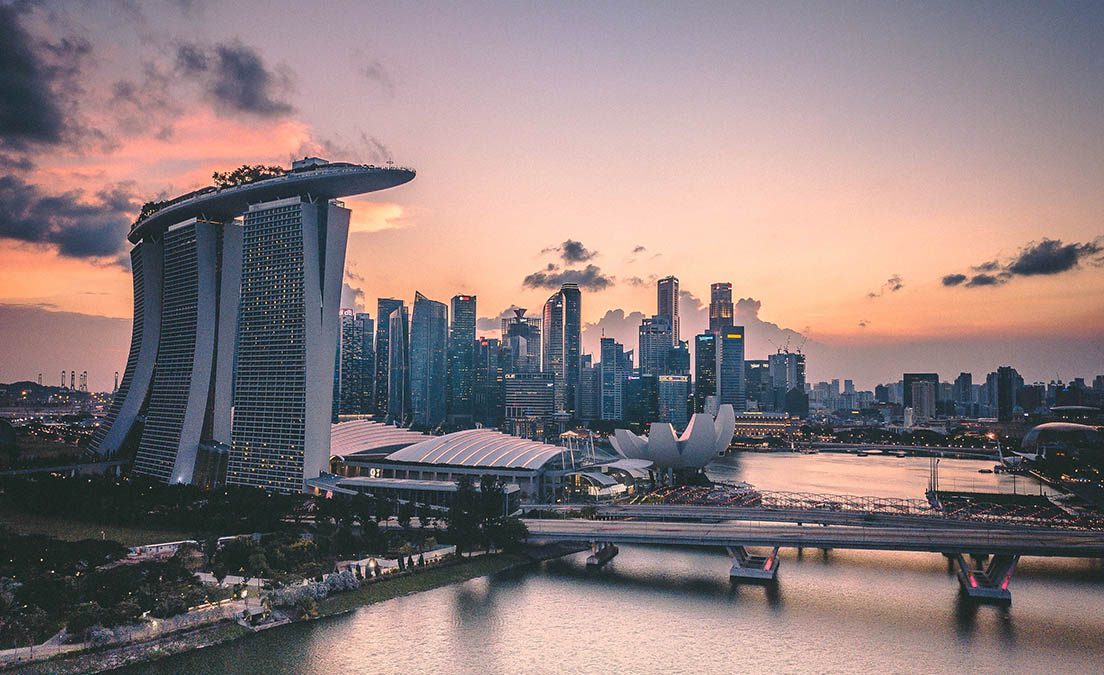 Watson also feels that Singapore’s melting pot of cultures, ideas, beliefs and perspective as being key to making it a leader in Longevity.

“I see the collision of Eastern medicines with Western sciences as being one of the key areas where Singapore will shine in aging research,” he explains. “Like our company, many others are looking to the therapeutic potential of phytochemicals found in traditional herbs, plants and medicines. Singapore provides the proximity, funding, research infrastructure and most importantly the cultural acceptance of looking into alternative medicines to tackle the biggest health concerns of our time.”

Nanotech ‘passport to the brain’ for therapeutics

Evidence for tenth hallmark of aging increases with new paper

Is ten the new nine? Additional research adds weight to the argument that extracellular matrix stiffening should be considered the tenth hallmark of aging. Since...
Read more

Some news of our own: European VC fund and a Longevity innovator participate in the First Longevity funding round. Last week we announced that Tom...
Read more