Deep in the labs at the University of Exeter’s College of Medicine and Health (CMH), a new company is emerging. Co-founded by Professor Lorna Harries, SENISCA is developing “senotherapeutic interventions” that reverse cellular senescence. Through modulation of RNA splicing, the company has developed a way to effectively turn back the aging clock in old cells and is working on developing new treatments for the diseases and aesthetic aspects of aging.

Longevity.Technology: When we spoke to Prof Richard Faragher recently, we didn’t realise we’d be addressing the subject of reversing cellular senescence again so quickly. Senolytic therapies that destroy senescent cells are very much at the forefront of longevity investor interest, so it’s exciting to hear about the commercialisation of alternative approaches and we’ll be watching SENISCA’s progress with interest.

We caught up recently with Prof Harries, who is recognised as a leader in Longevity for her research into human aging. Around 12 years ago, her work in gene regulation and alternative RNA splicing led to the discovery of a clear link with aging, and became the first step on a journey that led to the formation of SENISCA.

“Having shown that splicing regulation declines during aging, the million dollar question for me then was – what happens if you turn it back on?”

“I’m an academic, but my ambition also has always been that anything that we discover that shows clinical potential is pursued and followed through to the clinic,” says Harries. “Having shown that splicing regulation declines during aging, the million dollar question for me then was – what happens if you turn it back on?”

This question led Harries to the study, which showed that cells could not only be brought out of senescence but that, by doing so, the cells were also rejuvenated.

“When we did that, we were utterly, utterly amazed,” says Harries, recalling that she had her postdoc repeated the experiment multiple times as she couldn’t believe the initial results. While there had been research that showed aging could be reversed in animal models by removing senescent cells, this was different.

“So we’re not removing senescent cells, we are rejuvenating them,” says Harries. “The cells regain pretty much all of the features of young cells. They’re still old cells, but they’re not senescent, so they’re not throwing out inflammatory proteins, which is what’s doing the damage to our bodies.”

The work then began to push things even further – to try and understand why senescent cells are different in the first place, and if that could be exploited.

“We learned that yes, you can target those pathways and you can reverse senescence,” says Harries. “The molecules were used to do that were already in the clinic as anti-cancer agents, so we knew they were safe and specific, so that proved that we’d found the right pathway.”

But this still wasn’t enough. These pathways regulate a lot of different things and so the next step was to figure out specifically what genes are doing this – the “control switches” that are turning the splicing factors on and off. 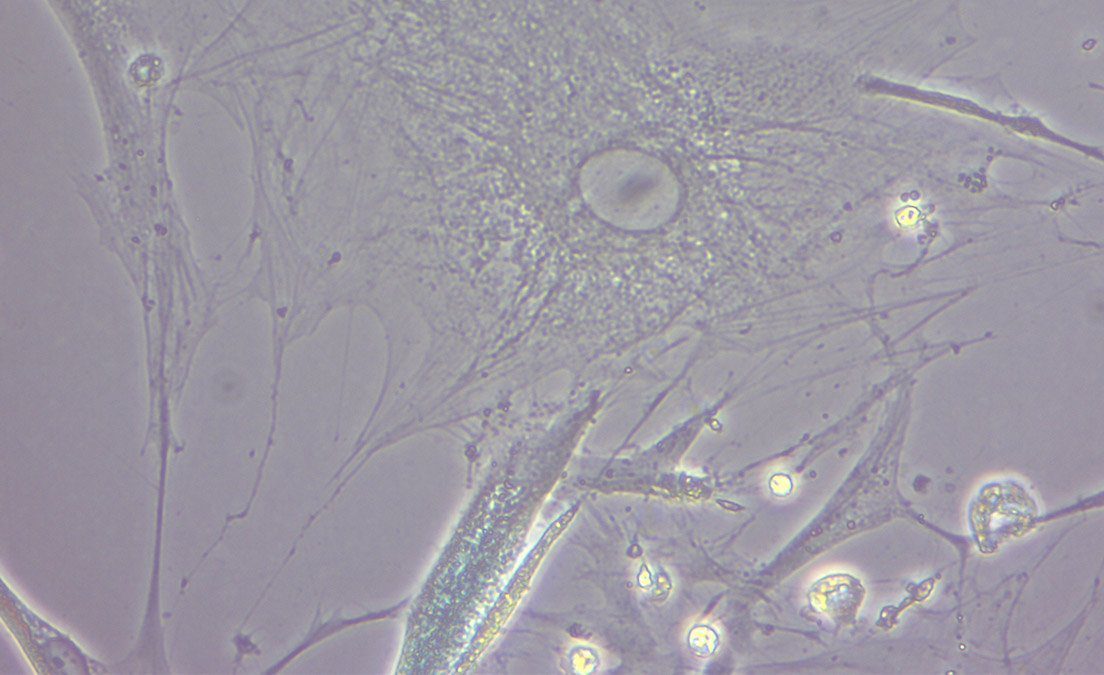 It was at this point, that the idea for building a company around the science first raised its head.

Working together with the technology transfer office at the University, things started coming together in 2019, and, after assembling an experienced team, SENISCA was born. The name combines the ‘Sen’ of senescence with ‘isca’, which is the Roman name for Exeter.

“What we’ve discovered is a new, and druggable, hallmark of aging – a new molecular mechanism by which cells age, which we can target to rejuvenate cells.”

“The University and technology transfer office has been really supportive – they have given us a small start-up grant and guaranteed access to our state-of-the-art, multi-million pound lab,” says Harries. “We’ve got everything we could ever want or desire here, so we aren’t looking at new premises or building a lab. We’ve got bits of kit that, as a small spinout, we would never be able to afford, and also a whole wealth of expertise that comes with that.”

“What we’ve discovered is a new, and druggable, hallmark of aging – a new molecular mechanism by which cells age, which we can target to rejuvenate cells,” she adds, explaining that SENISCA will develop new ways to target the genes that control splicing factor levels directly.

“Because we know exactly which genes are involved, and we know exactly what the regulatory relationships are, we can target, specifically, that interaction to switch that gene on or off only when it is affected by the aging process,” says Harries. “And we’re going to marry that with some very clever delivery mechanisms that will deliver it specifically to the senescent cells. So we’re looking at a platform technology.”

“… we’re working on topical treatments for the skin, to rebuild the support structures from the inside out. This will allow proof of concept in an accessible organ system.”

In terms of specific indications, SENISCA is focused on two initial areas, the first of which is skin aging.

“Skin is the largest organ of the body, and undergoes aging just the same as other organs,” says Harries. “So we’re working on topical treatments for the skin, to rebuild the support structures from the inside out. This will allow proof of concept in an accessible organ system.”

But where Harries’ heart lies, and where SENISCA will concentrate most of its effort, is in the development of pharmaceutical treatments.

“We have chosen to target disease indications that are catastrophic with no cure and because they involve organ systems that are tractable,” says Harries. “So they are things that we can get at, things that will have a big impact on quality of life for people. And we can be very, very specific about where those drugs end up, so by delivering it where we want to put it, we can use lower doses.”

SENISCA is now raising a seed round of funding, looking for around £950,000 for its “first cash runway”, which it hopes to close by October and should take the company through its first 12 months of operation.

“This first raise will enable us to get our proof-of-principle human in vivo data, and refine our targets for the next steps, which will be those specific interventions that we can target to individual regulation events,” says Harries. “That’s where the next round of IP can be realised, representing a new generation of senotherapeutic drugs.”

Ovarian aging is poorly understood, under-researched and under-invested. We need a radical rethink of how we address fertility and the menopause – it's time...
Read more
Investment