Optimise, energise, revitalise – MitoQ is on a mission to supplement your mitochondrial health.

Coenzyme Q10 – or CoQ10 – is made naturally in the mitochondria. It acts as an antioxidant, protecting the body’s cells from damage, and also plays an important role in metabolism. However, CoQ10 levels can decline with age, illness and lifestyle factors, and if the body spends its energy fixing the resulting free radical damage, there is less energy left for running repairs, growth and rather important activities such as keeping the heart beating, breathing and general movement.

Longevity.Technology: CoQ10 supplements would seem to be the obvious answer to the problems above: declining amounts, simply top up with a supplement. However, one does not simply walk into a mitochondrion; mitochondria have a tough double membrane, which is ideal for converting glucose and oxygen into energy, but less ideal for topping up CoQ10. Like an exclusive club, if a molecule isn’t on the list, it’s not getting in.

Enter MitoQ, which has tackled the problem by redesigning the CoQ10 molecule so it can get through the membranes, pass into mitochondria and boost energy levels. Intrigued, we sat down with MitoQ’s Chief Scientific Officer, Will Stow, to find out more about mitoquinol – the molecule with the all access pass – and MitoQ’s take on aging, longevity and wellness.

CoQ10 has two roles, the primary one being a key part of the mitochondrial energy production system known as the electron transport chain.

“CoQ10 ‘shuttles’ electrons between two of the crucial protein complexes in this chain and without it, energy production would be impossible,” explains Will Stow. “It also acts as an antioxidant, helping to scavenge the potentially harmful free radicals which are generated as a by-product of the ATP production process. CoQ10 levels have been seen to decline with age meaning that both energy production and free radical neutralisation can become less efficient. This can trigger a cascade of downstream effects such as a lack of energy, reduced ability to repair and recover and elevated oxidative stress levels.”

Mitoquinol (MitoQ) differs from the naturally-occurring CoQ10 in a number of ways – the active antioxidant part of the CoQ10 and MitoQ molecules are identical, but the similarities stop there.

CoQ10 is a relatively large molecule with a long tail of repeating carbon groups; it is also a “non-polar” molecule meaning that it has no positive and negative electrical poles. This size and lack of polarity means it is poorly transported across cell membranes.

“In our cells, mitochondria produce their own CoQ10 internally so there is also no active transport mechanism to bring CoQ10 inside mitochondria,” says Stow. “MitoQ is a much smaller molecule with only a very short tail. At the end of this is a special positively charged ion known as the TPP+ (triphenylphosphonium) ion. This makes MitoQ a strongly polar molecule and gives it an overall positive charge.

“Coupled with its much smaller size, this aids greatly in membrane transport. As the interior of our cells is a negatively charged environment, positively-charged MitoQ is actively attracted inside cells and from there to the even more negatively charged mitochondria.”

How does MitoQ work?

MitoQ works to reduce oxidative stress (an excess of damaging free radicals) which is the most important type of cell stress and a trigger for many of the other types. Oxidative stress is known to play a key role in the aging process as damaged mitochondria or cells can transfer that damage to their progeny, as Stow makes clear.

“Successive generations of increasingly damaged cells will end up becoming non-viable, reducing the health and function of the tissues, organs and vitality of the body,” he says. “Our cell’s natural reserves of CoQ10 and other antioxidants declines over time, so by topping up those reserves with a molecule engineered to act right at the source of free radical production, we can give ourselves a much better chance of an increased healthspan and possibly lifespan too.”

Of course, there are many challenges involved in targeting mitochondria with supplements, and every step is crucial, as MitoQ’s Chief Scientific Officer explains.

“Firstly, a molecule must be of high quality and potency,” says Stow. “It must then survive its passage through the stomach acid. From there it must be well absorbed into the bloodstream from the gut. The challenge continues as it must then avoid being extensively metabolised by the liver. The substance then needs to get to the target tissue in sufficient quantities and be able to cross the cell membrane to gain access to mitochondria. Once inside the cell it must come into contact with the mitochondria and then cross the mostly-impermeable double membrane. If it is able to overcome all of those challenges, there still needs to be an active mechanism that elicits a beneficial effect. Very few substances are capable of achieving this.” 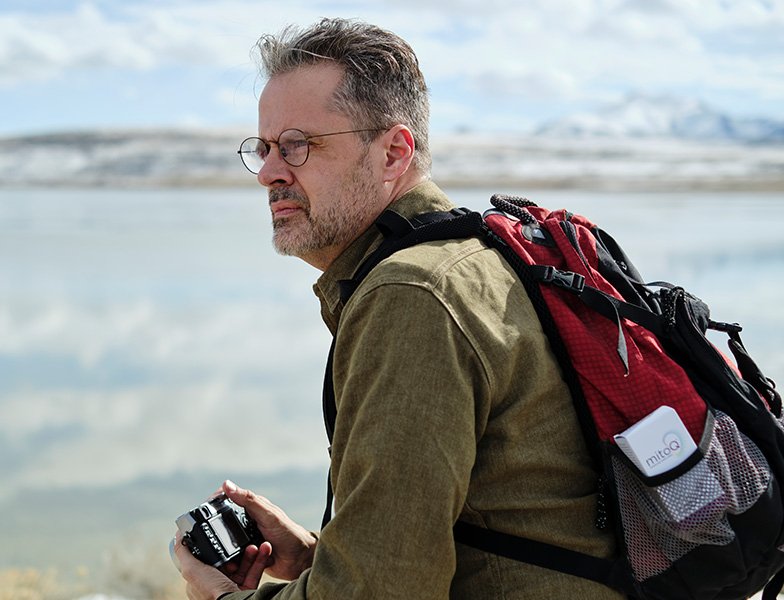 Mitochondria seem to have been designed to be practically impervious to all would-be entrants, but the outer membrane actually has many pores that are big enough to allow the passage of ions and molecules as large as a small protein. In contrast however, the inner membrane has much more restricted permeability.

Getting in – and getting on with the job

“A mitochondrion’s inner membrane is loaded with proteins involved in electron transport and ATP synthesis and only allows passage of very select substances,” explains Stow. “MitoQ’s special features mean it is able to easily cross even the impermeable mitochondrial double membrane.”

Once they enter mitochondria, studies have shown that MitoQ molecules lodge inside the inner membrane where the energy production process takes place [1].

“Inside the mitochondria, MitoQ molecules act as potent antioxidants, neutralising excess free radicals right at the source,” says Stow. “This protects the membrane allowing it to keep producing energy optimally and also helps prevent free radical leakage into other parts of the cell where they might damage membranes, proteins or DNA. Unlike some antioxidants, MitoQ is a recycling antioxidant meaning that once it neutralises a free radical, a MitoQ molecule can be reduced by proteins in the membrane back to its active form and repeat the process many, many times.”

The premise that tiredness and lack of energy seem to be natural bedfellows of aging, isn’t a premise that Will Stow is taking lying down.

“We shouldn’t accept this because we don’t have to! While aging can’t be stopped, we can certainly ‘slow’ it down and extend the time where we look and feel youthful,” he explains. “We can do this by doing all of those things we know are good for us. Regular exercise, a balanced diet, adequate sleep and avoiding or minimising those things we know are bad for us like smoking or too much sun. There are some more advanced tricks we can incorporate too, such as calculated fasting and clever supplementation and we believe MitoQ can help people optimise their health and wellbeing to live better, do more of what’s important to them and maintain high performance for longer.”

These statements have not been evaluated by the Food and Drug Administration. This product is not intended to diagnose, treat, cure or prevent any disease.

What everyone ought to know about NMN

There is a whole raft of information about longevity supplements out there, but NMN is one supplement that warrants a closer look. Check out...
Read more
Supplements

From pioneers to exploders: MitoQ is driven by research

MitoQ is a supplement that's backed by a wealth of research – and they welcome the scrutiny. Therapies and supplements often reference studies that evidence...
Read more
Sponsored content