Extracellular matrix obtained by controlled decellularisation is used to reconstruct the liver with human-like characteristics, paving the way for transplantable livers. Researchers at the Human...
Read more
Longevity TV

Charles Brenner: the journey from NR to Tru Niagen

Part 1 of our exclusive interview with Celularity founder Dr Robert Hariri covers the discovery of placental pluripotent stem cells and the journey towards...
Read more

Extracellular matrix obtained by controlled decellularisation is used to reconstruct the liver with human-like characteristics, paving the way for transplantable livers. Researchers at the Human...
Read more

Charles Brenner: the journey from NR to Tru Niagen

One thing that became abundantly clear during last week’s Longevity2020 online conference was that measuring the biomarkers of aging is a complex undertaking. From epigenetic tests and telomere measurement to physiological analyses and body composition assessment, there are a host of relevant hallmarks to consider. So it probably comes as no surprise to learn that we will be hosting a series of new online events that will focus exclusively on the biomarkers of aging.

Longevity.Technology: In keeping with this theme, we spoke recently with a company that takes a different approach to measuring biological age. GlycanAge is a British-Croatian start-up focused on analysing glycosylation patterns to deliver what it claims is the “most accurate” measure of biological age.

GlycanAge will be appearing at another online event, Biohacking Congress, Virtual Edition being held on 17 July 2020. Glycans are complex sugars that contribute significantly to the structure and function of the majority of proteins. Changes in glycans have been reported in many inflammatory diseases, where they reflect disease activity, or in some cases even precede the development of disease.

The company, leveraging patents from leading glycomics research lab Genos, has developed a direct-to-consumer glycan test kit that measures biological age and chronic low grade systemic inflammation. When the company first started in 2016, it worked using plasma samples, which was expensive and hard to scale commercially, but it has since developed a dry blood spot based test that delivers the same results. Offering an annual or monthly subscription, GlycanAge delivers results to consumers in four weeks, offering “highly personalised lifestyle improvement suggestions to help with prevention.”

Having been self-funded to date, CEO Nikolina Lauc reveals that GlycanAge is now the process of raising £850,000 in seed capital this year to support a scale-up of operations.

“That will support sales and marketing, but a big part of it is also to hire more clinicians to advise the clients,” she says, pointing out that each test comes with a personalised “dashboard” report followed by a 30 minute online consultation with a clinician to go over the results. 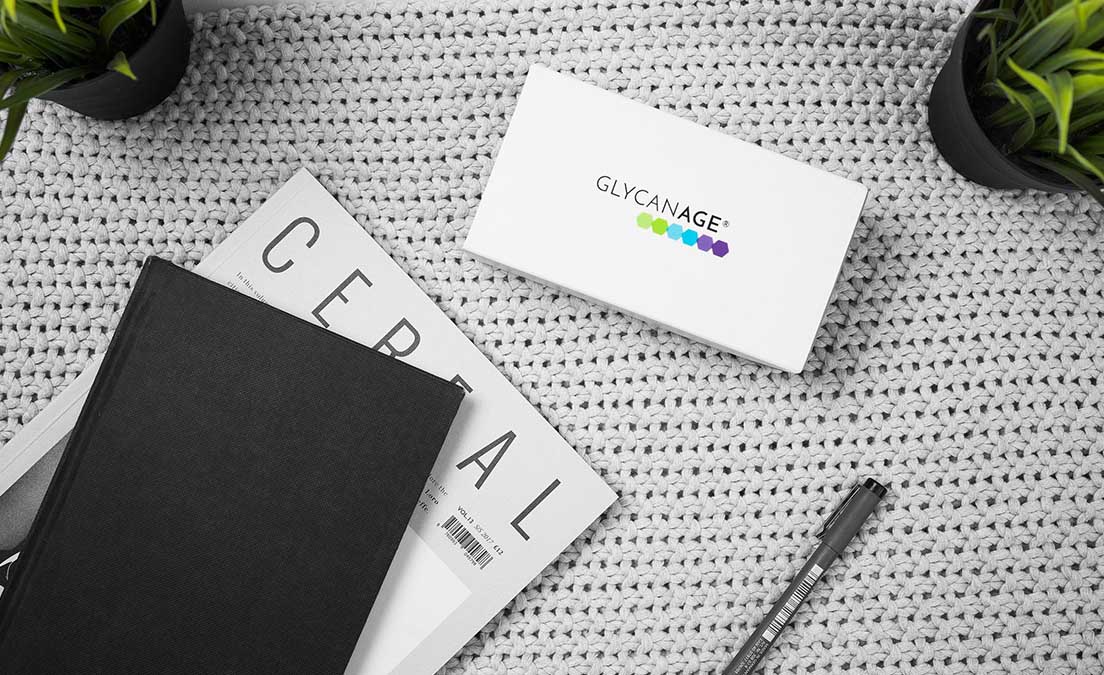 So where does GlycanAge sit alongside some of the other measures of biological aging?

“Telomeres are DNA timers that limit the lifespan of a single cell,” says Lauc. “On the individual cell level, telomeres are the best marker of aging. However, we are composed of trillions of cells and each of them has different age and expected lifespan. GlycanAge is different because it measures your IgG glycosylation, which directly correlates with the level of inflammation in your body. It will give you information about the immune balance of your organism that changes with age, health and life circumstances.”

“Horvath’s clock is based on the analysis of over 300 pieces of epigenetic information, but GlycanAge is based on a single molecule and its functional regulation,” she adds. “While methylation clocks measure information, we measure direct effectors.”

Built on a baseline of 80,000 human samples, GlycanAge’s methodology allows the efficacy of interventions to be accurately assessed. Through its relationship with Genos, the company is committed to publishing its findings, for example, in the area of exercise.

“The last one we did looked at interval sprint training, and found it can be anti-inflammatory – even over a short period of time …”

“The last one we did looked at interval sprint training, and found it can be anti-inflammatory – even over a short period of time,” says Lauc, while pointing out that another small scale study found very intense physical training combined with reduced calorie intake was pro-inflammatory. “So we’re busting a lot of myths about what is good and not good for us.”

The company pairs its clients, many of whom are biohackers, with outside clinicians who help them understand what the results of their test mean.

“They’re the guys who experiment with their health the most,” says Lauc. “So we’re trying to work with them if they’re doing something new to see in what way affects them, and to quantify if the intervention is actually working for them or not.”

“If they have a high result, we do our best to help them how to reduce it,” she adds, citing an example of intermittent fasting, a popular intervention among consumers today. “But let’s say it’s a female and she’s already slightly underweight, and she’s doing fasting on top – she could cause hormonal imbalances or thyroid problems.”

While things like exercise, smoking and weight loss are more obvious factors that have an impact on aging, Lauc points out that they also see wide range of other, less tangible, factors causing a spike in their clients’ biological age.

“When people get divorced or when they have a breakup in a relationship they spike up a lot,” she says. “Or if they moved house or they had a highly stressful event in the two or three months before taking the test, we may see a spike of six to seven years, and then they’ll go back to their baseline a couple months after that.”

Nikolina Lauc, will be appearing at the Biohacking Congress, Virtual Edition being held on July 17th. The event will be hosting 200+ participants, including speakers from SF, LA, NYC, London with over 50 experts and companies from HealthTech, Healthy Food, and Wellness industries. Biohacking Congress is the community and the place for meeting and exhibition; exchange opinions and gain exclusive skills between biohackers, scientists, nutritionists, dietitians, fitness explorers, life expectancy researchers, and authors of bestsellers on healthy food, sleep, and mind.

Seneque's supplement Elevant Prime seeks to promote vitality by recharging energy, repairing cells and rewinding age. Over the coming weeks, we will be bringing you...
Read more
Investment

Biotech Juvenescence's new product Metabolic Switch is a drink that supports healthy aging and a healthy metabolism by generating a state of ketosis. It's been...
Read more
AI/Digital

Microsoft joins forces with AXA for ‘one-stop’ digital healthcare platform. One of Europe's leading insurance companies AXA has announced it has formed a partnership with...
Read more
Biotech

Targeting neurodegeneration with $82m Series A

Metformin: a longevity drug for men only?