The revolution against aging will be televised

RAADfest 2020 kicks-off this week and will be digitally broadcast around the globe: we speak to its founder about the radical life extension movement.

The Longevity sector encompasses a broad spectrum of therapies, from tried and tested modifications of diet, exercise and lifestyle, to exciting and controversial developments in gene therapy and neural integration. Parking itself firmly at the “radical” end of the spectrum, RAADfest returns this week for the fifth installment of the annual meeting.

Longevity.Technology: As with other events under the current circumstances, the “Revolution Against Aging and Death” festival has moved to an online format, with producers, the Coalition for Radical Life Extension, broadcasting live from a central studio and introducing a wide range of speakers and Q&A sessions, with a mix of pre-recorded and live content.

Things kick off on Friday, focusing on the theme of super immunity and featuring speakers including Greg Fahy, Dave Asprey and Gordan Lauc. Saturday turns the lens on age reversal, and participants can hear from luminaries including Bill Faloon, David Kekich and Bill Andrews. Finally, Sunday’s session will explore the subject of immortality, with presentations from Longevity leaders including Aubrey de Grey, Liz Parrish and Sergey Young.

We caught up recently with James Strole, director of the Coalition for Radical Life Extension, who explains how his focus on “super longevity” pre-dates RAADfest by some way. 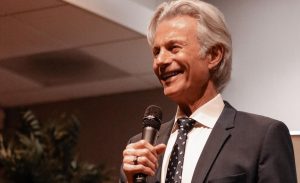 “I’ve been speaking on super longevity and immortality since 1972,” he says, which is when he first joined forces with co-founder Bernadeane Brown to start bringing the message to a wider audience. “And you can probably imagine, in those days, people weren’t even talking about longevity.”

After spending years together building a community of like-minded individuals, Strole and Brown eventually founded the coalition in 2015 – a non-profit organisation for radical life extension and physical immortality. The coalition produced the first RAADfest in San Diego in 2016. While some doubted whether a festival on radical life extension could be a success, the first event attracted more than 1,000 attendees, covering the full spectrum of those interested in longevity.

“We had a lot of doctors, a lot of scientists, about 25 top speakers and it was just a dynamite event,” says Strole. “We had a niche market – we targeted people who were already in the conversation, and they were thrilled because they’re going ‘Oh my god there are so many people that feel the way I do’ and that was fantastic.”

Each year since then, Strole says the event has grown and improved, and this year he’s expecting around 1,800 participants.

“We all know that the more people you can get involved, the better support you get across the board,” he says. “More investors come in when they see something large happening, and they see collaboration is happening.”

Strole believes that RAADfest sets itself apart from other Longevity conferences with its singular focus on age reversal, and feels that the industry needs to move faster in this area.

“The reality is we’ve been too slow and that’s why we moved to create this event – to help galvanise the community and to speed up the process,” he says. “I don’t think we can be radical enough about ending aging and death because it’s our worst enemy, and we need to really stimulate and inspire bigger investments in it.”

With 6,000 members already on board, Strole wants to build on that through a program he calls Project Tipping Point.

“We want to build the membership to millions, because that’s where we’ll create that tipping point where we tip the scale of death over to the consciousness of life,” he says. “To support life-giving, progressive therapies, and getting them funded and so forth. And that’s where you can also change legislation because you have a huge amount of people that can lobby for all the things we need to do to really get this ball rolling where it should go.”

It's an online conference, but not as you know it. Say goodbye to Zoom fatigue and hello to Neurotech2020. Understanding the brain, consciousness and thought...
Read more
Investment

Why government must unlock biotech’s potential to maximise Longevity

Breanna Deutsch joins us for a guest editorial to advocate for the increased prioritisation of government funding for Longevity in the US. Breanna Deutsch has...
Read more
By Danny Sullivan
September 28, 2020
Facebook
Twitter
Linkedin
ReddIt

Start the clock to stop the clock – centralised data will aid Longevity research.  Deep Longevity, which engages in the development of explainable AI systems...
Read more