We are what we eat: Jim Mellon exclusive

Levels of certain microRNAs indicate risk for cognitive decline. Researchers at the DZNE and the University Medical Center Göttingen (UMG) have identified molecules in the...
Read more
Longevity TV

Instead of papering over the cracks of declining fertility and the effects of menopause, what else can we do to help the longevity of...
Read more

Levels of certain microRNAs indicate risk for cognitive decline. Researchers at the DZNE and the University Medical Center Göttingen (UMG) have identified molecules in the...
Read more

Getting time with a busy person like Jim Mellon is tricky and when your time arrives you need to be ready – armed with questions after a speed read of his new book, Moo’s Law: An Investor’s Guide to the New Agrarian Revolution, I dialled-up the Zoom call and, to my discomfort, Mellon was already on the call.

We settled on voice-only as he was obviously shuttling between buildings and offices – no need for speaker notes and assistants, Jim Mellon can fire-out stats, anecdotes and deep investment theory without catching breath. 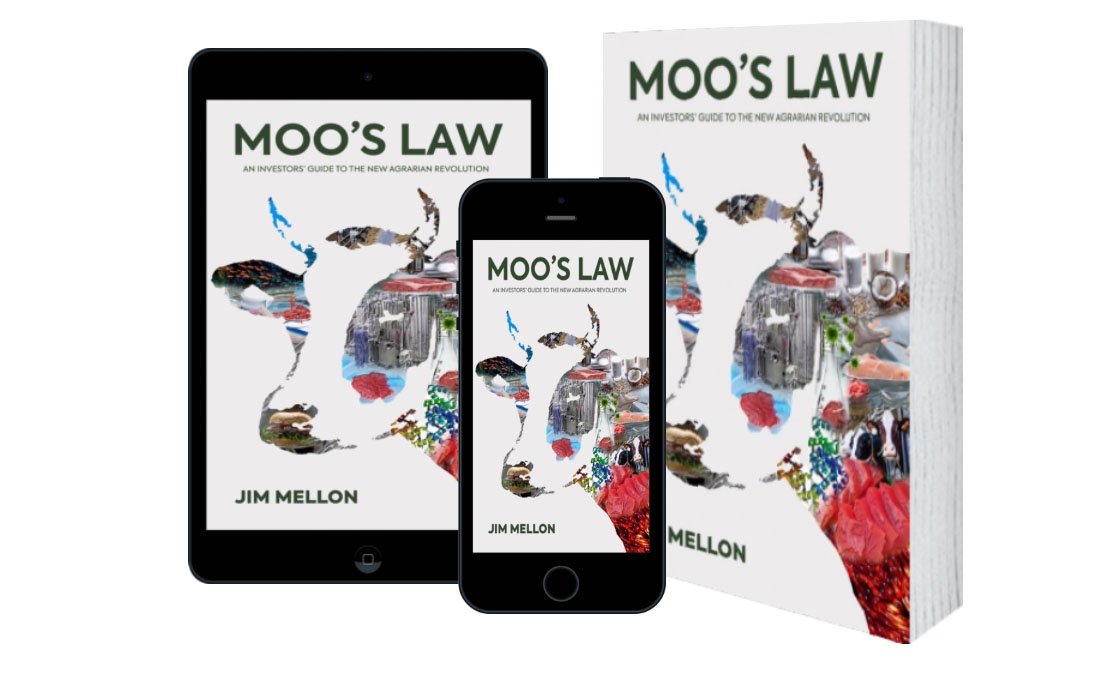 Longevity.Technology: My metabolic-type is classic omnivore, however, I’ve been a vegetarian all my adult life and six months ago was advised to start eating meat and fish to reset my microbiome. Would I prefer to eat mince grown from the cells of a cow that’s still happily eating grass in a field somewhere? You bet!

Jim Mellon is an early badge holder in the longevity movement, he’s also an entrepreneur, investor, philanthropist, and pescatarian. So we started there. 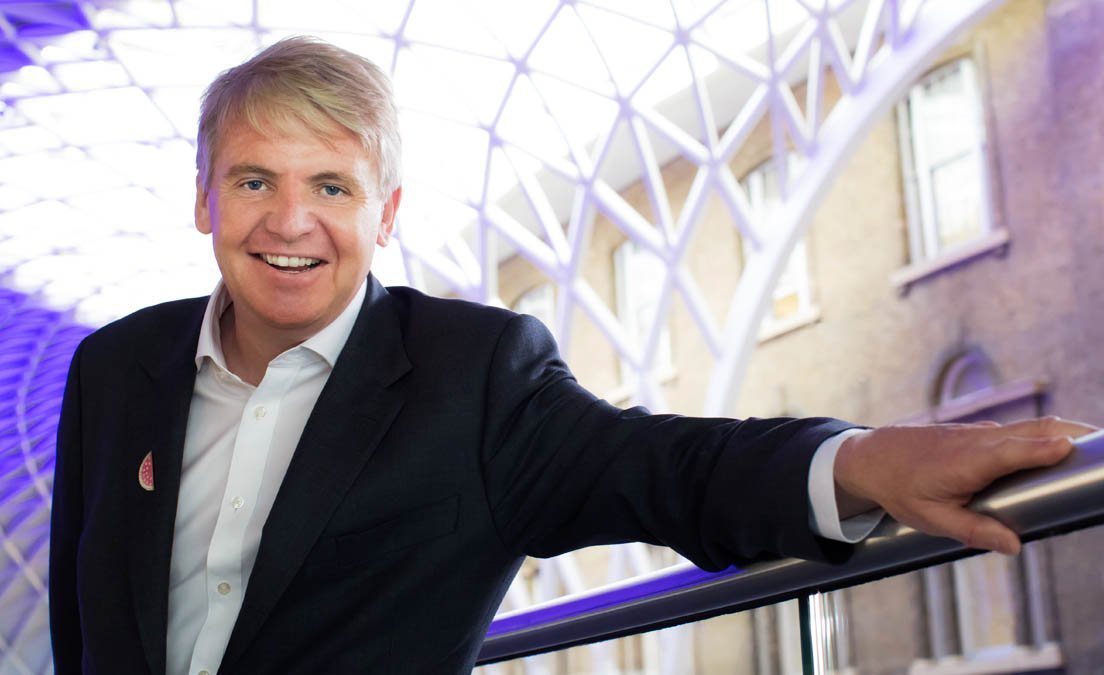 “If this stuff was available today, we’d be eating it because of our ethical beliefs, and our knowledge of the environmental destruction wrought by intensive farming,” Mellon tells me. “Most consumers are influenced by texture, taste, and price. And so the initial wave will be early adopters, who are maybe vegan vegetarian, or flexitarian, or pescatarian, who want to eat meat that is not produced from living animals. So there’ll be a limited market, but still, nonetheless, a substantial market that gives companies enough scale to start really forcing down costs and improving their volumes.”

Pulling on the big levers of global change

In the book Mellon talks about a holy trinity of ‘LONGEVITY, CLIMATE and FARMING’ as factors for global change; there are some startling facts in the book. I was particularly drawn by an infographic detailing the number of pigs slaughtered annually for food: 406m in 1995 to 735m in 2014 in China alone. According to Mellon, this is just the start of it.

He explains: “The average American will eat 80,000 animals during the average course of their lifespans; a lot of those are chickens and fish, obviously, but it’s quite astonishing how much animal protein is eaten in the developed world. And how those animals are produced has changed so much, since the time of the Second World War. Now 99% of animals are farmed intensively in the US and 90% in Europe, causing massive environmental damage; there are more emissions from animal husbandry than any other form of human activity.”

So this is as big an environmental challenge as an ethical one?

“180% of antibiotics go into farmed animals, the Amazon rainforest has been chopped down largely to grow soybeans that go into animals,” says Mellon. “And a massive misallocation of water; 15,000 litres of water required for one kilogram of beef.”

However, there is a dissonance between what’s on our plate and the supply chain associated with getting the product to its point of consumption. Long-established industries have been built upon human demand for animal-derived protein and the switch to plant-based meat substitutes or lab meat produced through cellular agriculture (cell-ag), will come down to hard economics. 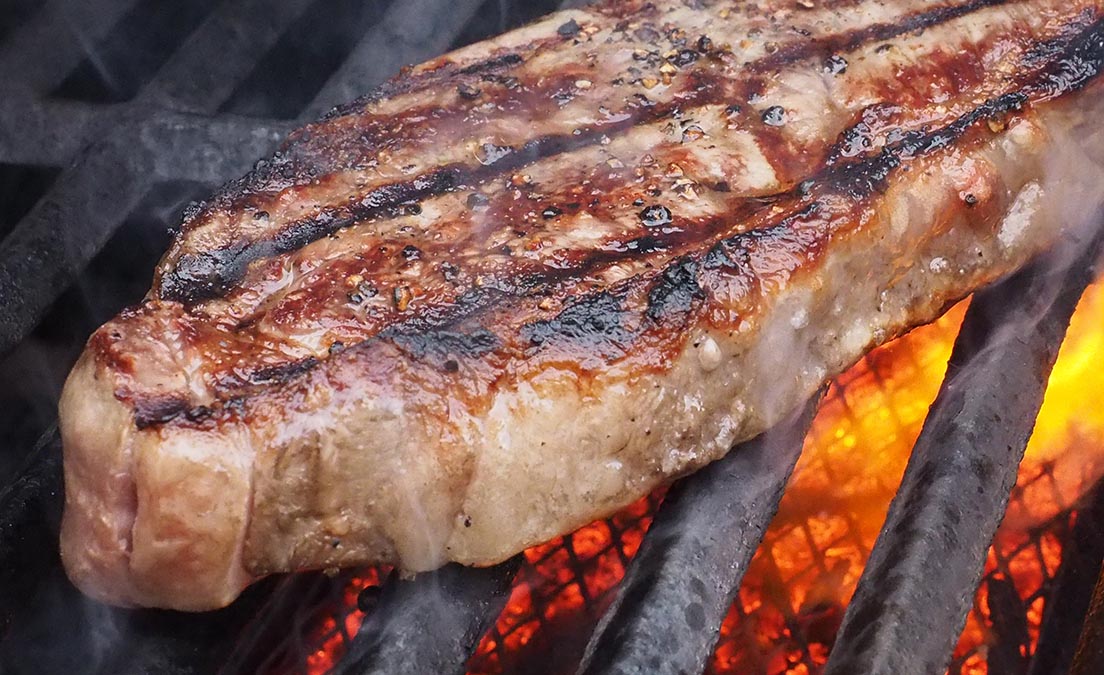 Mellon draws parallels with the renewable energy industry and its race to hit grid parity – the point when the cost of alternative energy becomes equal to or less than electricity from conventional energy forms like fossil fuels.

“As the price of these products go down to what I call griddle parity, when conventional meat and alternative proteins match in terms of price, you’ll see mass consumer adoption – that’s 5-to-10 years away,” explains Mellon. “And in the meantime, of course, plant-based foods, which are the vanguard and all this, their prices will come down to about the same as conventional meat by possibly the end of this year. So we’re almost at griddle parity with things like ‘Beyond’ and ‘Impossible Burgers’.” 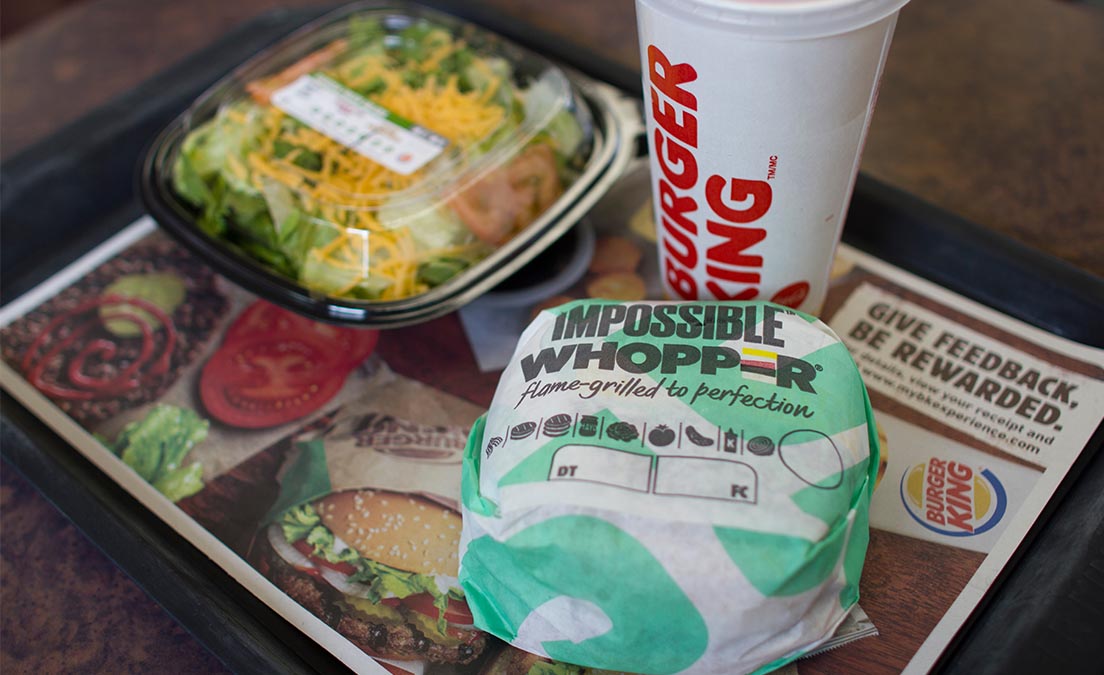 A new biotech industry is born

At Longevity.Technology we address biotech matters regularly and the vocabulary within the MOO’S LAW draws many parallels with the biopharmaceutical sector: cell culture, growth factors, bioreactors, proliferation and differentiation … it feels as though much of the infrastructure is already in place, but not the scale. Mellon’s economics background is evident.

“In the initial stages of this industry, they’re using biotech processes at biotech prices,” he says. “Because if you produce a drug or biological drug, we almost don’t care what the input prices are – the end price to the patient is enormous, so the margin is huge; but in food, you have to have the input prices down to a level that can create a product that’s as cheap as the conventional foods that we eat. And so driving down those input prices is going to be of great significance to the industry, and they’re doing it very quickly. The first lab-grown burger costs over €300,000 euros seven years ago, today, the cost of production is down below €10.” 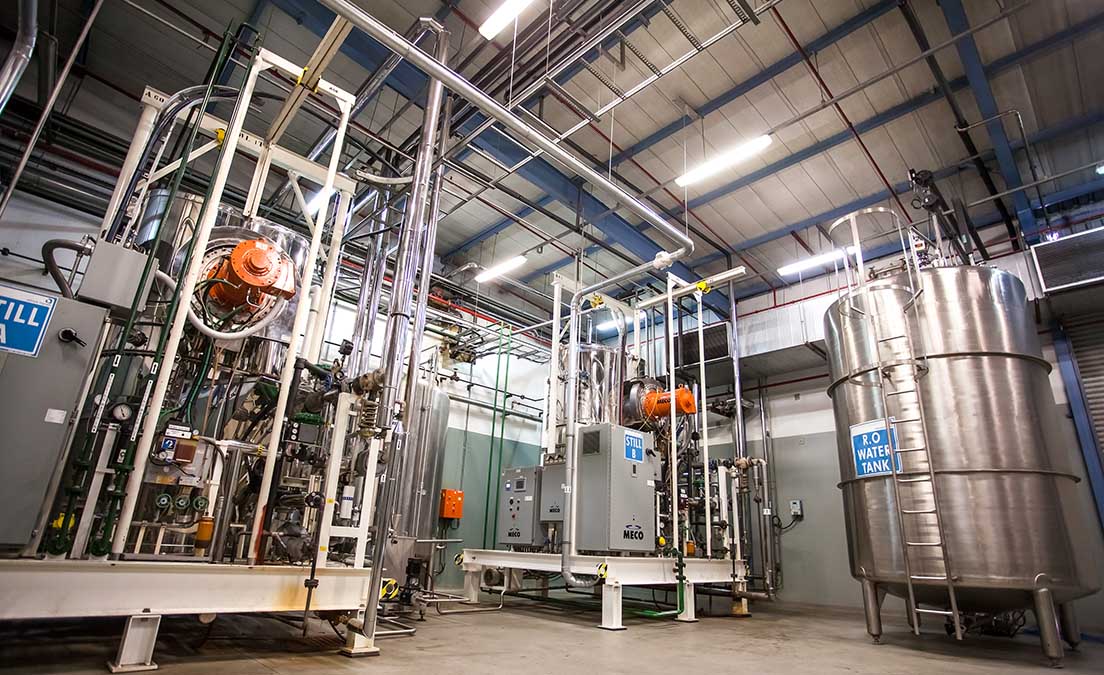 Big pharma is already looking at the economies of embracing this new industry and therefore the exit route for disruptive biotech start-ups in cellular agriculture could be quick. Once over the less onerous regulatory hurdles associated with therapeutics, the route to market and scale-up will be as fast as consumer goods.

It’s meat Jim, but not as we know it

In the classic book ‘Crossing the Chasm’, Geoffrey A Moore focused on the specifics of marketing high tech products during the early start-up period – much of what we address on Longevity.Technology is pre-chasm, so familiar territory to Mellon:

“Moo’s Law is that obviously, a riff on Moore’s Law and it’s working faster than for the semiconductor industry,” Mellon says. “So in just a brief number of years, this stuff will be environmentally sound, healthy for humans, doesn’t use antibiotics, or hormones, doesn’t involve animal cruelty, will be as cheap or cheaper than conventional meat, it will be the way that people eat. And so I think everyone should be aware of the revolution that’s coming. It’s going to be enormously powerful.”

So what about us in the longevity field – have we lost one of our leaders to pastures new? Not a bit of it.

Jim Mellon remains fully invested in longevity and considers the cell-ag market as an integral part of human longevity.

“It’s healthier for us as human beings to be eating this stuff over conventional meats because they are highly processed and can lead to diseases such as colon cancer, and it’s not trivial, if you eat processed meats every day your risk of colon cancer goes up exponentially,” he says.

“So from that point of view, it’s a human health positive. Secondly, we are at risk of a bacterial pandemic, if we’re not careful, because so much of the antibiotic supply in the world goes into animals, which comes back into us one way or another and as a result, we build up antibiotic resistance.” 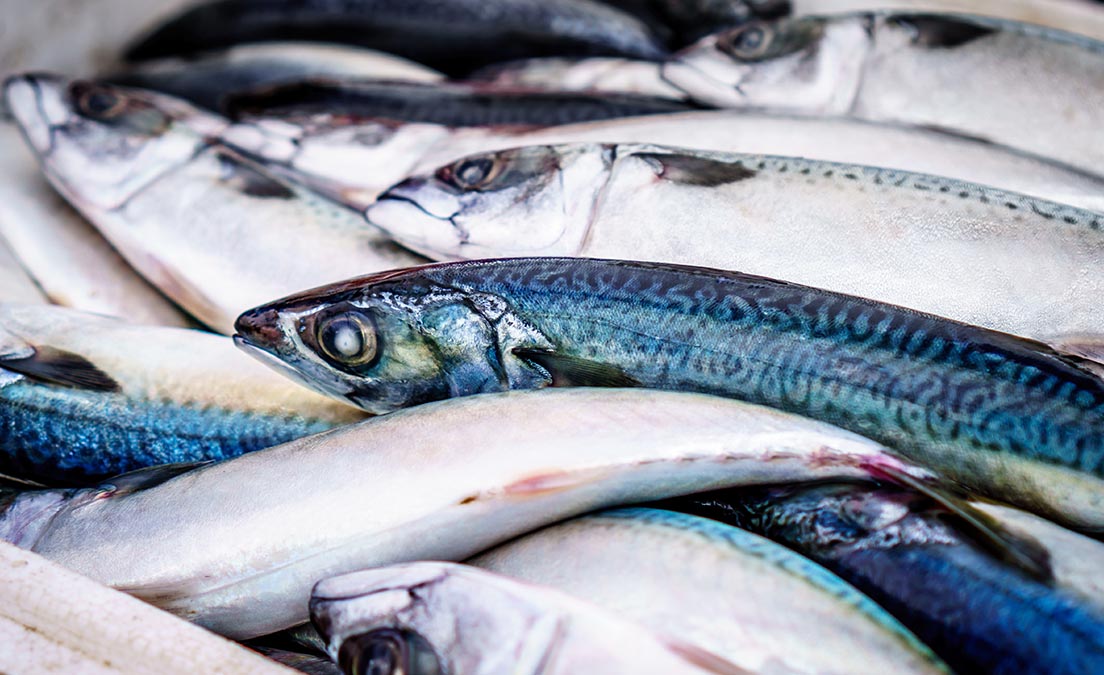 “These foods are microbiome friendly and the creation of novel composition foods using the techniques of the cell-ag industry would be much better for our health and possibly create a longevity effect,” he explains. “For instance, in seafood, you could increase the amount of omega in the seafood. You could engineer foods with the techniques we’re applying at Juvenescence, Ketone Di-Ester, for instance. There are all sorts of opportunities and this is opening up a Pandora’s Box for us all in terms of opportunity.”

So, exciting times lie ahead in terms of both cell-ag and human longevity?

“I wouldn’t differentiate between the two, my day job remains very much longevity,” explains Mellon. “My colleague, Anthony Chow and his team are responsible for the commercial side of our investment in this area. Agronomics, which is now listed company in London, is about $100 million in size and is one of biggest investors in cell-ag companies, and it’s going to grow very, very quickly.”

Clonal haematopoiesis is no longer just a somatic issue – germline gene mutations can be passed onto us and influence our risk of developing...
Read more
Economy

Up and ova: we're putting ovarian aging – what it is and why it's so very important to longevity – centre stage with a...
Read more
Economy

The three pillars for success in aging in place

Metabesity 2021: Eric Kihlstrom explains why design, language and business model are key factors for aging in place and the longevity ecosystem. Next week sees...
Read more